The harmful ingredients contained in anti-perspirants 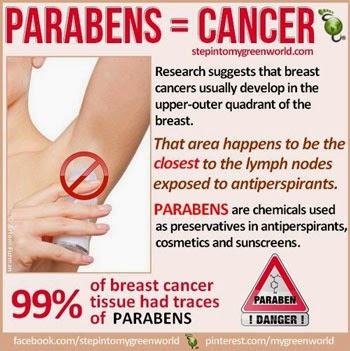 So I have mentioned before in a previous post that cancer runs in my family, this has become a worry for me especially as I now have children of my own and I have seen a number of family members pass away from various forms and types of cancer, it is not pretty for the person or their family and I would for obvious reasons prefer not to ever have my family go through that.

Unfortunately Cancer is in my genes well it is in everyone’s genes it is however more prominent in certain people and needs to be activated for lack of a better word in order to grow or thrive within your body.

Knowing this and having spoken to an extremely knowledgeable gentleman the other day as well as after doing some research myself I decided to chuck my normal antiperspirant and try out a natural solid deodorant in the hopes of having one less cancer triggering or aiding agent in my life.

Now I will say that just like vaccines there are those who say that it is utter nonsense and those that say it is fact, there have been various studies done linking anti- perspirants to breast cancer in particular however as someone has pointed out the study was only done on the levels within the blood of people with cancer and not without, in any case I thought there was no harm in it as I prefer natural products wherever possible anyway so after some research I got my behind down to LUSH to pick up a block of their solid deodorant, now I have to admit when I opened the packaging I was like oh hell no how is this going to work and admittedly it was rather awkward to use but I seem to have gotten the hang of it, the one I purchased has a very strong patchouli smell, which I am very fond of although you do tend to smell like a hippy, I put it to the test last night during a zumba class and I have to say it kicked that classes behind because I came through smelling fresh and clean I was very impressed, cant say my hubby felt the same with me asking him how I smelt several times for reference sake, so I am going to carry on using it and see if I am still impressed after long term use. 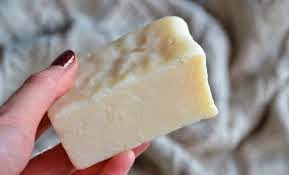 I have put together a list of harmful ingredients in most anti-perspirants not all you would need to check the label on your product- I am not referring to perfumed body spray I am talking about roll on’s and deodorant sticks.

What makes the use of anti per spirant an issue with the use of these ingredients is that firstly rolls on’s and sticks tend to leave a layer on the skin blocking the pores from releasing odours and bacteria but this also means that your skin cannot breathe or allow bad toxins to leave your body, the other issue is that under your arms is the most absorbent area on your body and there are also a number of lymph nodes in that area, when you put these products onto your skin the parabens and such that absorb into your body look for an outlet of release the closest place to go is the breast and nipple areas and this is where they build up promoting estrogenic growth which studies have shown to be a prime trigger or environment for cancer to thrive, they can also build up causing swollen or infected lymph nodes under the arms or within the breast area.

These are some of the ingredients research has suggested to be harmful in these products: 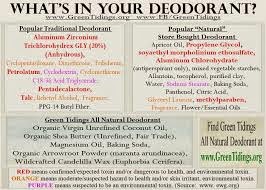 (methyl, ethyl, propyl, benzyl and butyl)
Parabens are a very common ingredient that are found in every day cosmetic products and your deodorant as well. You may have seen “paraben free” labels, and it’s a good thing. So why is everyone so down on parabens after it has been used for nearly 70 years? During a study done in 2004, parabens have been linked to breast cancer.  They are said to disturb the body’s hormonal balance and to mimic estrogen, as estrogen is said to play a part in breast cancer formation.
- just a side note that a small level of parabens are also found naturally within your body as well as in foods such as fruits, these however are minimal and occur naturally within that product or your body.

(Aluminum chlorohydrate, aluminum zirconium tetrachlorohydrex gly)
Aluminum compounds within deodorants act as a plug within the sweat ducts and temporarily stop the flow of sweat. However, these compounds can be absorbed by your skin. Just as the parabens,these compounds can mimic estrogen, which promote growth of breast cancer cells. 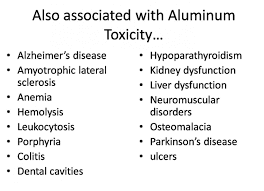 Silica is a known skin irritant, it may also be contaminated with crystalline quartz which is a carcinogen (capable of causing cancer).

Triclosan is another ingredient that can irritate your skin and cause contact dermatitis. Your body contains good as well as bad bacteria, but triclosan kills both. The FDA classifies triclosan as a pesticide, while the IARC has it listed as a possible carcinogen.

IARC, claims that if Talc contains asbestiform fibers, then it is considered a carcinogen. The quantity of sbestiform fibers in deodorants is unclear as it is not regulated in cosmetic products.

Propylene glycol is another common ingredient with health hazards. It may cause delayed allergic reactions, and is considered a neurotoxin, which may cause kidney and liver damage.

The “n” stands for a number. So the label may say for example, steareth-1. It is actually derived from vegetables, but it is reacted with a known carcinogen, ethylene oxide. 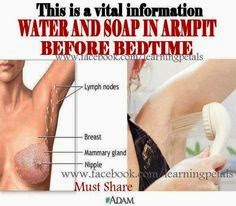 Most common deodorants on the shelves like Axe, Old Spice and Dove.

I am not saying this is sure fire I am saying that after doing some research and being a bit of a hippy at heart I feel better being safe than sorry and I personally do believe this research has merit, I have also swopped my shampoo out as well as my shaving cream, facial products and slowly but surely my cosmetics my aim to to try swop over to vegan or cruelty free products wherever possible not only for those reasons but if it aids in my health in some or other way that’s an added bonus!
Posted by CrazyMommaofThree at 22:57