I am a very stressed momma right now.

This morning we had an appointment booked for Jesse to see his Paed so we get there only to find out that his paed is actually on leave and we have a locum there which irritated me because his paed knew his history and it is for that reason that we wanted to see him, in any case the locum was really nice and everything turned out great with him.


After giving Jesse a full check over and looking at his history and symptoms the doctor gave us a referral to an ENT as well as a referral for a chest x ray he said that judging by everything Jesse is suffering from sleep apnea and I may be saying this wrong but also hypoxia; basically he stops breathing momentarily in his sleep leading to oxygen deprivation which causes him to wake up with a start miserable and disorientated etc. 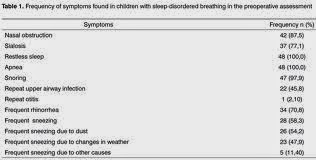 He checked his tonsils and adenoids and in his opinion it is both of those that are causing the issue thus the ENT referral, he also said that the problem with hypoxia is that is causes immense strain on the heart which can lead to damage or hear failure so we not only have to see to this asap but we also needed to have the x ray to rule out the possibility of any damage already taken place in the heart or lungs- the doctor was however very confident that we have addressed this issue early and that there should not be any noticeable damage which is a huge relief and we are just hoping it stays that way.

I have very mixed feelings at the possibility of him having surgery, he is still so small and that aside I have been told that removing the adenoids and tonsils very early is seldom down as they then tend to grow back but if its something that needs to be done for his sake then we will have to do it.

thankfully we went through this a few months ago with Gabriel who also had to have his tonsils and adenoids removed due to breathing difficulties and eating issues- the procedure was very quick and the recovery fairly easy however he was very disorientated and upset at one point and I'm so worried about how Jesse may react but we will just have to see what happens.

This also explains why at 15 months he is still only 8.6 kg as failure to thrive is one of the things to look out for with sleep apnea.

My mom joked with me now that I have bad luck when it comes to my children's health its not very funny but it is certainly true and it sucks to put it mildly, I will post an update once we know what is happening but in the mean time we are just hoping for the best outcome.
Posted by CrazyMommaofThree at 04:12

Email ThisBlogThis!Share to TwitterShare to FacebookShare to Pinterest
Labels: Motherhood, My life