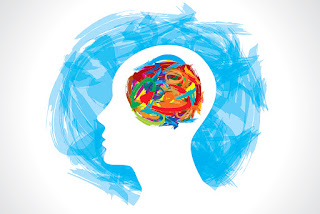 To break it down in short summary before I delve into it properly I developed a body image disorder in my late teens and as a result of this disorder I developed defective eating habits that were not good in any way for both my mental and physical health and affected my body causing a resultant eating disorder-I was never diagnosed with an eating disorder only a body image disorder but as you read this story you will see why I classify it the way in which I do- I do not believe that the two are mutually bound in every case but for me the one definitely created or resulted in the other and helped fuel it, this is something I still struggle with today even as I type these words and is why I wanted to put this post together.

*Before I get into this if you are triggered by anything relating to eating disorders- food restrictions, purging and alike it is best if you do not carry on reading.

I have always struggled with my weight and struggled with being overweight from a very young age, it is something that had a profound effect on me as a child- my mother had the figure of a ballet dancer she was dainty and elegant and in my eyes everything I was not, she was always incredibly critical of her own body ad I remember her dieting and putting restrictions on herself from when I was of a very young age, seeing this had an incredible effect on me growing up which may not have been her intention but regardless it did.

As I got older this was something that took more and more of a toll on my self-esteem and self-image- and honestly it wasn’t that I ate an incredible amount it was what I was eating when I did eat and the fact that I would use food to cope with stress and unhappiness so I would not eat breakfast, maybe have lunch and then binge for 2 hours strait behind closed doors in the evening, as the years went on I tried diets; I tried drops and shakes but it just escalated the issues and binge periods and of course I would just end up right back where I started and even more miserable than before.

I got to the age of 17 and decided I had had enough, I didn’t want to be the fat girl anymore, I mistakenly thought that losing weight would solve all my problems; spoiler alert -it did not.

By this time I had experienced significant emotionally trauma at the age of 15 I lost a baby and spiraled out of control, I started bunking school, doing everything I shouldn’t have been doing and ended up failing the year which in my case actually turned out to be a good thing but that is a story for another time.

So I woke up one day and decided enough was enough and the first thing I decided to do was cut calories which logically and when done correctly within reason of your bodies requirements; input and output, is not a bad thing- however as you can well imagine I took that to a whole other level; I became vegetarian thinking that cutting out meat would not only give me an excuse to slim down my potions without question in front of my family but it would mean less calories- I also stopped taking sugar in my coffee and started reading every single label of every single food item I consumed, if it had fat or sugar I would not eat it… but this was not enough because without the sugar that I had become so dependent on and yes I equate sugar to an addiction my body would figuratively flat line and I would still binge. So with flawed logic and an unsound mind I decided to take the restrictions even further.

Normally a person would gym for an hour or two right, I would gym for up to 4/5 hours a day- 3 on a weekday (after school) and up to 5 on weekends, it got to the point where I was living off fruit and one fist sized meal a day, fruit was my problem solver for the sugar drop I was experiencing it allowed me to get that sugar high that I needed and also meant that my stomach (sorry for the tmi) was working overtime and thus in my mind I was putting out more than I was keeping in- I would easily go through a bag of apples or a kg of grapes in a day and would then eat a chicken drumstick because I did add chicken/fish back into my diet or one piece of fish and steamed veg or cottage cheese on matza crackers (3/4) or ryvitta- if something had a crumb coat or skin on it or even spices I would remove this from what I was eating combined with the exercise my weight started to drop dramatically and I went from over 100kg’s to 52 kgs in a matter of months… I would step on the scale multiple times a day and even an ounce of a difference would send me spiraling, eventually I started gaining muscle weight from gym and dropped gym because I was just so scared of gaining weight- again the flawed logic of an ED but in my mind although I knew muscle equated to a high body mass than fat all I saw was those numbers on the scale.

I never purged but eventually my body started doing it on its own if I ate "to much" or sometimes even smelled a certain food, my body was so accustomed to eating small amounts that it just couldn’t handle it.

At 52 kg's I finally had the body I had dreamed of but it wasn’t good enough and I was desperately unhappy. I remember in the weeks leading up to my Matric dance the following year that my dress maker said if he had to take in my dress again he was going to flip, I remember standing in front of the mirror in that dress and thinking wow I’ve finally made it, I have the body I have always wanted, outwardly everything seemed perfect but at the same time I was criticizing everything I saw in that reflection, I saw lumps and bumps that were not there I didn’t see the bobble headed clearly sickly looking girl I see now when looking at those pictures it just wasn’t good enough.

It took a severe case of alcohol poisoning after a full day of not eating to shake me up a bit; I ruined my best friends 18th birthday party and not only embarrassed the crap out of my parents, my friends and myself but I scared the living daylights out of them as well which caused my parents to finally see what was going on, but the real wake-up call was my first ultrasound with Loghan who I fell pregnant with at the end of my Matric year, seeing that beating heart and hearing it for the first time, was my saving grace and I have been on the road to recovery ever since.

After Loghan’s birth and through my subsequent pregnancies and births I struggled again, I gained a large amount of weight- I lost weight and then gained more weight until I had my hysterectomy a few years ago my hormones balanced themselves out and for once the weight came off naturally according to my lifestyle and activity choices.

However today as I sit here I still struggle, I still skip meals and restrict calories I still have difficulties with both my body and my eating habits- although I will admit that there are a greater amount of good days than bad this is still a big struggle intertwined into my daily life and I know that this is something I will struggle with for the rest of my life as I do depression and with my ocd.
It is not something I am proud of, but it is something I have learned to accept and deal with rather than push away.

Mental health struggles are not something that disappear or something that I believe can ever be completely cured for example I may not behave or carry on in the same manner as I did but I still have my moments and I still have to check myself when I start going through the motions or displaying behaviors that I know will lead down that road again if they are not stopped at the start.

The motions behaviors and thought patterns that one goes through when suffering with any mental illness are more often than not illogical, speaking for myself I knew they were illogical/ unhealthy, but the illogical drives you and you cannot at that time defy those thought patterns and behaviors- even depression- there are so many days when I think to myself you are so incredibly blessed wtf are you so unhappy about or why the hell do you need to spend hours scrubbing a shower with a freaking toothbrush its clean woman but again the illogical outplays the logical, it is a daily struggle that can only be taken one day at a time but if you can overcome those behaviors and thoughts for today and then tomorrow and so forth then that is enough….

I want to encourage anyone who is struggling to hold on to that, that today is enough, that you are not alone and should not feel ashamed or feel like you need to shut down. Because you are enough and today is enough, every step, every moment of everyday is a moment triumphant.