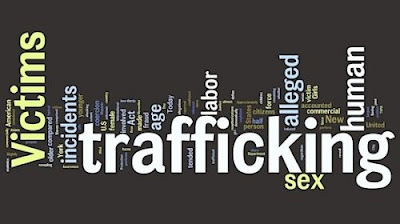 This is a topic that I have been asked to touch on however it is also piece that I have wanted to write for some time.

I know that it one of the more serious issues I have written about, but it is an issue I feel needs to be more openly discussed and that more people need to create an awareness in order to help those who have been victims, and prevent more people from becoming victims in the future!

Human trafficking in South Africa is a serious issue and one that has merely been touched on with regards to the scale to which it has now reached, as a mom I know that I have come to live in fear over the safety of my own children, it has seriously affected the way in which I parent and the degree to which my children are allowed to roam free even in their own back yard, I know that I am one of many moms who share this same fear and I know of many moms who have been exposed to this in some or other way by means of being followed or their children being photographed and followed, this is a very serious issue and one that should be urgently addressed by our government as well as our people, it is not something that you can ignore or something that will simply go away it is something that we as a nation need to address and stand up for to get the attention it so desperately needs


As it stands in July 2013, President Jacob Zuma signed the Prevention and Combating of Trafficking in Persons Bill into law.

The bill lists three requirements that have to be met for human trafficking to have occurred: 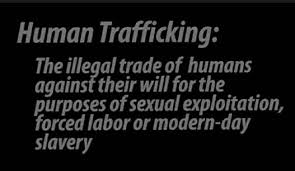 According to anti-trafficking associations in excess of 30,000 children are trafficked into the country every year as part of the sex/prostitution trade.

However due to the lack of reliable statistics surrounding human trafficking, we do not actually know to what extent the numbers have grown to or become, making it more difficult to govern.

The number of cases being reported on an annual basis suggests that this problem is only growing substantially worse by the year and South Africa has become a source, transit and destination country for human trafficking.

Scores of undocumented/ unreported cases, our countries poor border controls, as well as the high levels of corruption combined means that human trafficking has become an attractive business venture in South Africa and trafficking specifically for sexual exploitation is the most documented type of trafficking, locally and internationally.

Yet none of the international syndicates dominating the sex trade have ever been successfully prosecuted  in South Africa which can mostly be attributed to an inability police officials or investigators to positively identify trafficking cases.

Many labor and sex trafficking victims do not even know they are victims of a crime and culturally many children are forced or taken for underage marriage. Many women and children are also groomed or raised to think that what they are being led into is legal and that as children, woman, illegal immigrants they have no rights. So what is being done about this issue currently?

Earlier this year social welfare experts called for improved co-ordination and integration of services between various role players to give better support to victims of human trafficking.

A discussion was held (20 February 2015) by the Department of Social Development, and they discussed ways to implement the Prevention and Combating of Trafficking in Persons Act of 2013, as well as find new ways to combat human trafficking.

The meeting highlighted the importance of improving the co-ordination of victim support services throughout the support spectrum and referral system. Other recommendations included:
Child Protection Week was also implemented to create awareness, which runs from 27 May to 02 June.

There is also a Walk for Freedom initiative being held on October 18th, please if you can make your voice heard and partake in this wonderful event create awareness and show our government and our people that this is not something that will be ignored, STAND UP and STAND TOGETHER, as a NATION, EVERY man woman and child because that is the only way we can pave the way to a better future one where moms do not have to fear for their children’s lives, one where people can cross a border safely and seek refuge without being delivered into slavery and prostitution!

Email ThisBlogThis!Share to TwitterShare to FacebookShare to Pinterest
Labels: A call for a solution, Causes, Human Trafficking, Take a stand