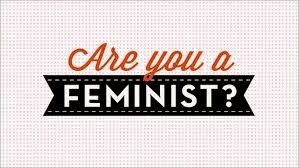 Do I have a problem with Feminism? I was asked this question this morning.....

My answer is that I have a problem with what Feminism has become but not where it came from.

In short what is Feminism according to Wikipedia it is as follows;

“Feminism is a collection of movements and ideologies which share a common stated aim: to define, establish, and defend equal political, economic, cultural, and social rights for women.[1][2] This includes seeking to establish equal opportunities for women in education and employment. A feminist generally self-defines as advocating for or supporting the rights and equality of women.[3] Feminist theory, which emerged from feminist movements, aims to understand the nature of gender inequality by examining women's social roles and lived experience; it has developed theories in a variety of disciplines in order to respond to issues such as the social construction of sex and gender.[4][5] ]” 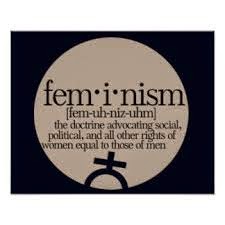 So like I said I advocate the origins of Feminism where woman fought for the equal rights of woman to men which we of course should have we should have the right to an education, a right to vote and a right to contraceptives, the choice to marry whom we want to when we want to, the right to be protected and not abused and neglected that I all in heart agree with and in that case yes I am a feminist. 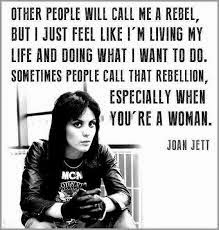 I believe that a woman could do anything a man can if she puts her mind to it why not and she should be able to.

However I also personally prefer woman wear skirts/ dresses and have long hair, I just love it when a woman looks like... well a woman, I also believe that a woman should be able to stay at home and raise her children- so in that way I am not what would be termed a feminist I also believe that as much as a woman can do what a man can it doesn’t mean that they should ie cuss like a sailor fine do it but I just don’t think it very lady like, I don’t even like it when a man swears like a sailor but anyhoo…. Just a point here I have many lovely lady friends who cuss like sailors I still love them all!

Having said that though these are all personal preferences and I would never judge someone for short hair or anything like that just because it doesn't suit me! Maybe it is just a remaining trait for a previous life that Ive hung onto I don't know but Ive been this way since childhood.

Today however feminists or at least some of them seem to have become the poster children for anti-men campaigns even reaching the point of woman are better than men and we don’t need them even to make babies these days, it has in many respects become a movement of anger and extreme and that I strongly disagree with.

My opinion on this is that although I would never wish it upon myself to be a man I certainly love having men around, I have always had more male friends than female and certainly prefer to make my babies the good old fashioned way than in a test tube but of course if you cannot have babies naturally or are in a same sex partnership or are single and really want a baby it is a great blessing that science has reached this point of helping, I am lucky that I have never needed to go through that I know from the experience from friends and loved ones it can be a very heart breaking experience.

At the end of it all I love being a woman and am ever so grateful for the ladies before us in yesteryear that have paved the way for everything we have today, there are those who still long for a time when woman were seen and not heard or when men ran the world…. These amount to very few women un- surprisingly but personally I am glad to be living in a time where we have more freedom of choice than ever before. 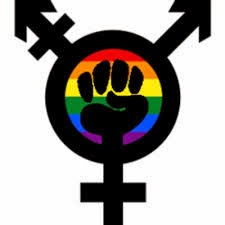