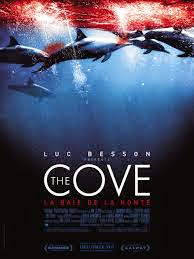 Last night I watched the heartbreaking documentary called The Cove.

Heartbreaking does not even begin to describe the slaughter and torture that thousands of dolphins endure every year in Taiji Japan.


I hate actually despise watching anything to do with animal abuse and torture, I cant stand the stories and pictures that flood my news feed on a daily basis depicting wounded or dying animals neglected by their owners or tortured by what we consider to be a higher species i.e humans.

What a joke we are not a higher species, we are the lowest of low, we are a species of cruelty and hate, a group that can hurt the most innocents of innocents and then still find reasoning in it.

There is no reason for the hapless slaughter, every year from September to March thousands of dolphins are ushered into this cove by means of fisherman in boats who create a sound wall by hammering on long poles that resonate sound waves through the waters, frightening the dolphins and causing them to flee strait into the cove to await slaughter, a few are chosen to be sent of for entertainments purposes to places like sea world and such, Im not sure what is worse, I cannot stand places like that either but at least the dolphins live, the remainder are ushered into the cove where their throats are slit they are harpooned and bashed around, the flutter and frenzy trying to survive and the cove literally turns a violent shade of red as the slowly and painfully bleed out and die, mothers and babies are separated the scream for each other and try hopelessly to get to each other but to no avail.

It is SICK, twisted and disgusting and for what for meat that is so heavily laden with mercury that they are literally killing off the very people they are selling it to, the meat is sold under other names and passed off as other meats most people don't even know what they are eating and the government continues to allow it to happen and cover it up.

The Japanese government is still fighting very strongly to have whaling laws abolished so that they can once again legally slaughter every gorgeous sea creature they can lay their hands on!!!!

It is estimated that we will have exhausted fishing possibilities within the next 40 years, the Japanese government blames the whales and dolphins they group them as pests, but it is not them who are the issue, they are animals they are nature in its own ecosystem simply living as intended we are the unnatural source of greed doing everything in our power to exhaust what mother nature has to offer....

So what happens when its all gone, when there are no more fish, no more dolphins or whales, nothing to show our children but a picture in a book of what once was, I simply cannot imagine a world without these creatures whose intelligence in most cases surpasses our own, these creatures who in many instances have saved humans from sharks and other threats in the waters we do not know.

We need to draw attention to this sensless slaughter to stand up and say it is not ok, there is a difference in killing for food to survive and sensless meaningless slaughter and it is not ok, I encourage everyone to watch this documentary as heartbreaking and horrible as it is, what it and get someone else to watch it, the more it is spoken of the more people stand up to it the more chance there is of something being done about it- there is no excuse we will stand up for people but we hardly stand up and fight for those who cannot fight for themselves!!!!
Posted by CrazyMommaofThree at 22:38

Email ThisBlogThis!Share to TwitterShare to FacebookShare to Pinterest
Labels: Enviromental