5 Things I Would Tell My Pregnant Self 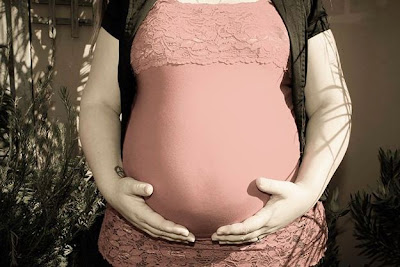 I came across this topic while watching a vlog (bumps along the way) last night and I thought it would be something fun to reflect on so here it goes.
You would think that after 2 full term pregnancies and 1 almost full term that I would have had it done by the 3rd round but reflecting on this topic there are still; things that I probably would have like to have done differently.

1) Take it easy- Easier said than done especially when you have more than one child and especially when 1 of your children requires so much individual attention, even more so when you work full time, it is not an easy thing to do but I think looking back that is such an important think for a pregnant woman to do, to take it easy and realize your limitations instead of trying to do everything, I drove myself near bat shit crazy trying to do everything all the time and looking back it wasn’t good for me or my babies and probably contributed to many of my hospital experiences, if I could change anything this would definantly be top of my list.

2) Take care of your body- when pregnant it is so easy to get lost in the whole eating for two spiel, granted there is nothing wrong with indulging a bit more than usual but it is so easy to gain that pregnancy weight or to cause issues with your blood pressure and general health, it is not easy to change it after and no breastfeeding is not a miracle weight loss cure so don’t bank on that, eat well drink plenty of water try to be as healthy as possible for you and baby. I tried very hard in my Jesse's pregnancy but I think towards the end I did let go and gave in to indulgences that in hindsight I wish I had not.

3) Treasure every moment- 40 weeks seems like such a long time but the reality is that it flies by and before you know it your pregnancy is over, treasure every moment, every milestone, keep a journal take tons of photos not only for yourself but for your child to see one day.

4) Expect the unexpected- things don’t always go according to plan and I think it’s important to always expect the unexpected and don’t freak out if everything doesn’t go according to plan, I was terrible that way I like schedules routines and plans and would get really upset when things didn’t go that way although I got better with each pregnancy it’s still something I think I could have been more relaxed about.

5) Finally Trust your instincts- As mother we have are the ones who know our bodies and our babies best, there were times when I suspected something or was worried about something but kept it to myself it always ended badly with me in hospital and with my gynea telling me to always rather come in if I felt something was off, my mother was also very fond of telling me to make sure not to let people know if I was feeling sick etc that I needed my job and being sick from pregnancy etc was my own doing so I shouldn’t complain about it- its total BS yes pregnancy is not a disease and yes you get people who use it to their advantage or do nothing but complain but its ok to have an off day, I think if everyone could choose a simply smooth sailing pregnancy where you don’t feel ill at all and come out at the end a glowing picture of perfection we would but life doesn’t work that way and pretending only masks symptoms that may be very important especially if it’s a first pregnancy you may have a symptom you feel is stupid but another person had that was indicative of something quite serious.

Anyway there is my 2 cents worth, I cant turn back time but it is nice to put things in perspective.
Posted by CrazyMommaofThree at 04:40

Email ThisBlogThis!Share to TwitterShare to FacebookShare to Pinterest
Labels: Pregnancy