The war on our bodies and why it needs to stop 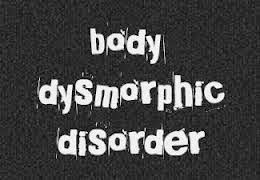 I want to touch on a subject that is or has been a great sore spot for me over the years and after reading a piece on body image yesterday morning it’s something I think is really important in today’s society for both woman and men of all ages.

Growing up I can remember hating my body from a very young age, I was chubby and over- weight from my pre- primary years already and it became a struggle within myself especially when everyone around me was thin even my own mom who is tiny and still reprimanded herself all the time for any cm gained.

This article I read discusses how our children take their acceptance of body image from their parents and how in boys particularly this will shape their future expectant and respect when it comes to their partners bodies.


I think this is an extremely important point, especially since I have 3 of my own; how are my boys supposed to treat woman with respect if I am forever ragging on about my body or if I get upset when I look in the mirror and how are girls supposed to accept their own bodies if their mothers don’t accept theirs or are forever encouraging the perfection that society encourages.

In my late teen years I managed to lose an incredible amount of weight by starving myself and gyming excessively, I became miserable and quite frankly it was not only unhealthy but if I look back on my matric pictures I looked terrible. 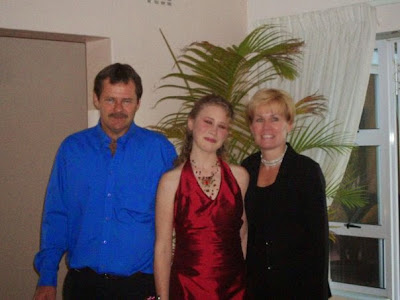 Every time I looked in the mirror I saw a fat horrible looking reflection staring back at me, I cannot explain what that feels like sort of like smashing a mirror and then looking at yourself or standing in front of a circus fun mirror, I became obsessed with food, I counted and recorded everything I ate and weighed myself up to 5 times a day, encouraged by my mom who bless her heart didn’t see an issue I lost more and more weight and became more and more trapped in a cycle of hate for a body I didn’t even have- I had what is known as body dysmorphic disorder, it did not matter what the scale said every time I hit a goal I would add another one every time I looked in the mirror I still saw this warped image. Now I don’t think it is possible for anyone to be completely happy with their bodies, I think due to society and human inclination it is only natural for us to want to fit the status norm of what is termed beautiful or complete, however I do think that once we become parents we should try our best to encourage body acceptance in our children and that starts with ourselves, like I said I have been down this road and not just once so many times and if I think of how many times I have degraded myself in front of a mirror with the boys present it makes me sick, what am I doing to them, how am I shaping their respect for woman and their future partners as well as themselves, it has really made me buckle down and make a mental note to be more accepting of my body and to show it, even after losing 35 kilos over the last year there are still days when I look in the mirror and think ewww, and it’s just wrong and only proves that we are so moulded by society and those around us. 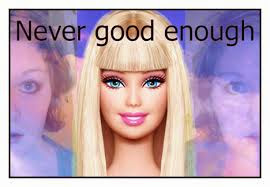 There is nothing wrong with being curvy or a bit overweight, I’m still curvy; I think there is a problem in obesity but that is only because it can affect your health, if you are healthy and happy and accept yourself as such that is great, it is so difficult today to just be happy within your own body, my gosh they even photo shop gorgeous models these days making them even thinner, with bigger breasts more shapely legs it’s just plain disgusting to say the least, I would love to know where this started and who made this so because in ancient civilisations a fuller curvier figure was always the norm and highly praised as beautiful.

Just a few facts and some info on BDD: 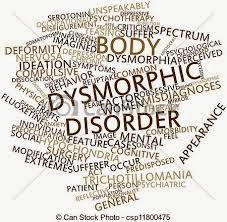 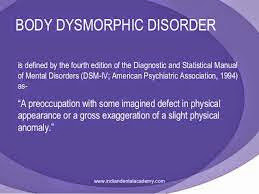 BDD is relatively common – it affects about one in 100 people (significantly more than schizophrenia; slightly more than anorexia). It typically starts in early teens and affects boys as frequently as girls. The causes of BDD are still unknown.

Statistically it runs in families and there is a strong genetic component, but that doesn’t explain the whole picture, and it is unclear as to whether appearance-related teasing and bullying is simply a trigger of pre-existing vulnerability or whether they have a proper causal effect

The point on which experts agree is its seriousness. Sufferers are compelled to take steps to mitigate the disaster they see in the mirror, some sufferers will apply and reply make up for hours at a time to cover imperfections that they see, obsessive exercising is another compulsion. Photographing themselves on mobile phones and digital cameras is another. Sufferers repeatedly ask if they look fat/disgusting/ugly; over focus on the appearance of other people.

About a quarter of BDD sufferers seek out cosmetic surgery – and avoid other people. Sometimes children drop out of school.

BDD also raises the rate of suicide, with a rate approximately 45 times higher than in the general population.

And yet, despite it being such a serious problem, BDD is under-reported and undertreated. People with BDD are often afraid they will be considered superficial or vain, so what often happens is they report an associated problem such as low mood or anxiety, but they won’t say what the reason for that is. 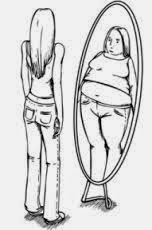 For me my saving grace was falling pregnant, I shifted my focus to my baby and nurturing his health, I gained a lot of weight back again, it was an internal struggle but it was much less invasive because I had my family to focus on, over the years since I have gained an incredible amount of weight and lost weight several times, but I have had so much support and love from my husband, over this past year I have managed to lose about 35kg naturally and I feel great, I have changed my approach to food and my relationship to food as I have always been an emotional eater it was a struggle I desperately had to deal with before I could even think of losing weight, I think so many people have that issue and that’s why you gain and lose weight like a yo yo, it is your relationship with food and with yourself that needs to change.

I still stand in front of the mirror some days and think ick, if only I could lose more kg there or didn’t have stretch marks or cellulite etc and its wrong I know that, my body is a temple and a picture that tells the tale of my journey through mother hood and life in general. From now on I want to make it a goal to become more accepting of myself and my body and to encourage this in my boys so that one day when they meet their wife no matter her size or shape they will see her as the most gorgeous woman in the world.
Posted by CrazyMommaofThree at 02:46