This past week a package was delivered to my office, when I opened said package the look on my face was one of extreme confusion as even though I had seen the toy before at a friends home I had no idea just what it was or even how it worked.

At home Loghan tried to explain but at that point it was just beyond me I was more intrigued by Loghan's ability to retain so much information when it comes to something that he is interested in, that right there folks is a marvel literal; word vomit he could have sold this product to anyone, which is funny because simple things like remembering to throw his clothes in the hamper is just beyond him but this, this he could remember! 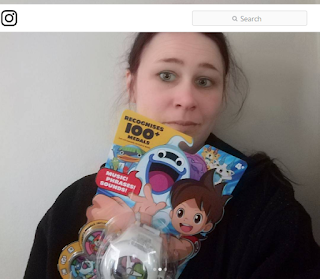 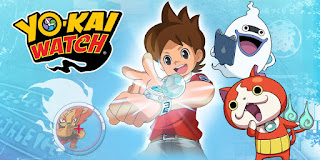 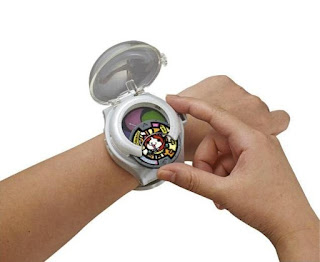 If you're clueless as I was the picture displayed above is a Yokai watch, the series of Yokai is back for season 2 and follows a boy named Nate just an average kid until he receives his Yokai watch which allows him to see hidden Yokai, ever wonder why your kids rooms are always in a mess are you met with with looks of confusion and pointing fingers saying their siblings are at fault you may just have a yokai on the loose causing mischief, there are 250 medals/ Yokai to collect, and the watch can be purchased at Toys R Us, Toyzone, Hamleys, Toy Kingdom or even Takealot for around R400 and the medals can be purchased seperately, the watch can even be used in conjuction with an app which is available as a free download on Android or IOS, for more information click the link to the Hasbro website here.

The concept is cute and reminds me a lot of the many Japanese collectables available on the market, the watch is sturdy and doesn't look or feel like something that is going to break after your child has played with it for a few minutes, personally I would recommend it as a gift for a pre- teen or at least over the age of 5/6, with xmas coming up I think this would make a great gift.

To be honest I'm still not to sure how it all works, so many names and creatures but I'm sure my kids will have a ball demonstrating and explaining, thank you to #Hasbro you made my kids day.

Email ThisBlogThis!Share to TwitterShare to FacebookShare to Pinterest
Labels: #yokaiwatch#hasbro#christmascameearly