Jesse is almost 4 and has never experienced a cinema movie, as a child I remember how often we used to attend the cinema on a weekly basis and it made me really sad to think that my own kids could hardly go and Jesse had never been.

So when we were offered 3 tickets to Despicable me over the weekend I jumped at the opportunity. I will admit I was a bit nervous about whether Jesse would actually sit through the entire movie but in the end he only got restless in the last 15 minutes and I was so incredibly proud of him.

The movie was great there was a fair amount of adult humour in there that of course goes above the kids heads but makes it more enjoyable for the parents in the theater, but honestly hubby and I both love the movies (1 &2) so for us it was thoroughly enjoyable and the kids had an absolute blast.

I am incredibly grateful to my colleague for the tickets it was an experience we otherwise would not have been able to afford taking into account that our adult tickets and pop corn came to almost 300 which is just insane, had the kids tickets and combos been included it would have cost our family over 600 just to attend a 2 hour movie, I cannot fathom guys I really cant so I was incredibly thankful that we got to go and as a family.

I will say the centre which housed the theater was utter chaos and poor Gabriel complained several times of the noise and crowds to the point of getting teary, after the movies I decided to be 'smart' and walk around, after 2 shops hubby and I were ready to go home, the kids were done  so we hoped in the car and after a quick stop we were home, I am so glad I left food to cook in the slow cooker because there was no way I could have cooked as well we literally bathed everyone and then sat down together to eat and a short time thereafter it was time for bed so we were all done for the day.

My Hubby did manage to capture a few moments from Jesse's first movie experience and aside from the centre being chaos we had an absolute ball. 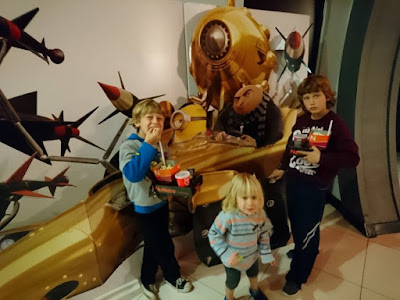 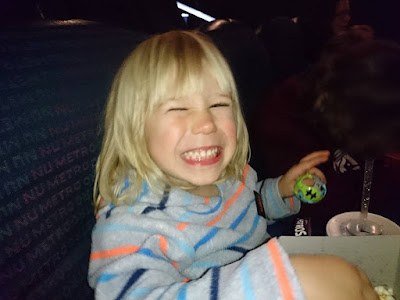 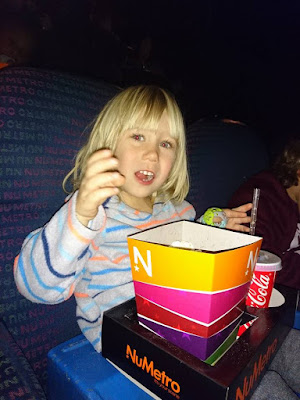 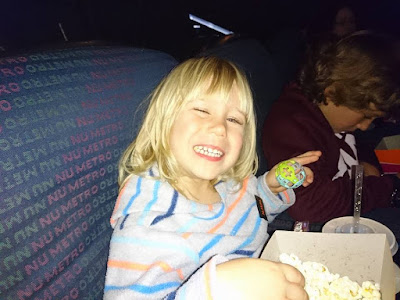