Okay this is going to be a bit of a long one and very much TMI so stop reading if you do not want to hear about blood and uterus stuff.....

Over the last few weeks I have seen a lot of woman contemplating having their tubes tied after having it done I would like to discuss why if I could do it over again I would not and why as well as the good the bad and the ugly of said procedure and how it changed my life.

First off we made the decision to have my tubes tied while I was pregnant with Jess- I didn't want my hubby to have to go through a vasectomy in the doctors chair (I love you) and also my medical aid would only cover an in hospital procedure; also since I was due to have a ceaser it could be done at the same time so in my opinion so much easier and I'm sure I would not have heard the end of the former so.....

At the time it was what I wanted and what we wanted as a family we knew that 3 kids was already financially hectic and we were just happy to have one child biologically together- also after 5 mc I was tired of the heart ache and the issues I have bee plagued with since my childbearing days started.

Now I will go on record and say that my gynea asked us at every appointment without fail if we were sure it was what we wanted she explained everything in detail answered all our questions which were few and even as Jess was being born she asked us again if we were sure and at the time we were, I was so in love with this precious bundle that anything else was just so far from my mind I didn't think I just said yes I am sure.

Ok so the procedure itself was fine, it was maybe a half an hour added to my ceaser time, I endured no more pain than I would have without it, she removed a section of my tubes as well as clipped and burnt the edges (very thorough) I did bleed a hell of a lot though and ended up with a clotting issue that resulted in me having to go for a dnc which wasn't fun and afterwards I was crampy and uncomfortable for about a week which is no fun with a newborn to care for, I will add that this is very common in fact the Dr had another 4 ladies with the same issue that day. 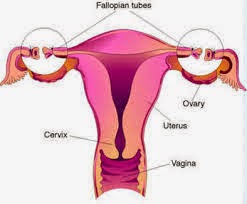 At my 6 week check up I was still happy with my decision mentally but was still getting my period very heavily which quite frankly was just annoying and embarrassing; I was also in pain and just not happy physically so my gynea suggested a novasure procedure-this is where they take a device insert it into the uterus it opens up like a fan and emits micro waves into the lining burning it so it cannot thicken ever again- she said that I couldn't have kids anyway and it would leave me pain free and without a period so of course I jumped at this, if I had researched correctly however I would have seen how many people have issues with this procedure as well as that you can still have babies after a tubal it can be reversed quite successfully.

In any case so I went in for my novasure it was quick like half an hour and when I came around in recovery I heard the nurses saying that my procedure had failed.. um.. what. 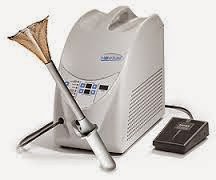 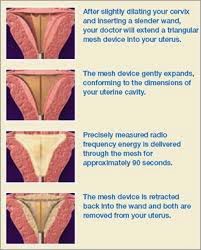 My gynea came to me and in short because my uterus is angled yes I'm just a freak she could not get the device into the full area of my uterus- she said that I would still get my period etc so if I wanted to she could redo the procedure with a manual sort of ice cream scoop thing so I agreed simply because I did not want any more issues I wanted to be pain and period free and didn't want a half done job....

The 2nd procedure also failed and in short after that I was left in so much pain particularly around my period time I wouldn't bleed but would bloat and be in so much pain I couldn't function so back to the gynea I went and after a scan she discovered that my uterus had fused shut from the lining being burnt... yay me.  so now all the blood was pooling there and had no where to go- her only suggestion was to be on pills for the rest of my life which would probably either work for a while or not work at all and I would need to keep going back for dose changes etc or have a hysterectomy.... after many tears I agreed by now my uterus was so scared and such a mess and I was in so much pain I just agreed. 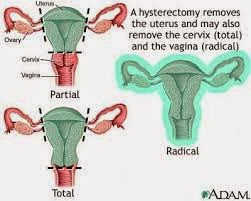 So for those who have read my previous blogs I did end up having a hysterectomy- it was a 2 hour procedure, it was relatively painless bar maybe a week or so where I picked up an infection (very common) but after that it was fine, I was extremely emotional at one stage I went through a lot of anger and regret but I have reached appoint where I have accepted what has happened, I cannot change it and I have to believe that it happened for a reason and be grateful for the 3 blessings I have on this earth.

If I could do it over again I would simply because I think I made the decision at the wrong time- I was pregnant and not thinking strait and during the birth I was so head over heels for the bundle I had just delivered, now if I hadn't had it done I cant say that we would definitely have had another baby but I would have liked to still have that option, personally I would not recommend it unless you are extremely sure that it is what you want and then I would say that you should take time to make sure and not make a rash decision.

At the end of the day it is your decision and I am definitely not saying that it would be like this for everyone because many woman have no issues- my gynea said I am only her 2nd patient to have all this happen and to have so much shit come out of one very round the block procedure, she has done hundreds if not more of these procedures.

I still get emotional sometimes as i feel I made a stupid decision and only have myself to blame but its done and I would rather advise woman as to what happened so that they can make the best decision for them.
Posted by CrazyMommaofThree at 00:01