the measure of grief... 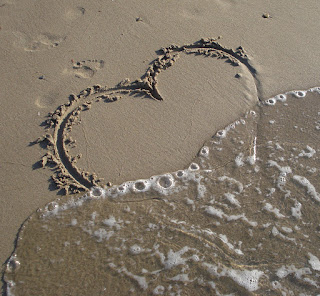 What is the measure of grief…. Is there a measure of grief and can ones grief be metered up against the trials and tribulations of another, the journey they have traveled, how they grieve or how long the process of grief takes from one person to another….

Personally I do not believe that anyone can meter their grief or trials against that of another, everyone is different, everyone has their own processes and strengths, some people have the ability to inwardly process and move forward to make it seem as they have moved forward better than others.

Yesterday I was very saddened by something that occurred but then to be told that basically no one and nothing can match up to the grief of another, that your grief or that of another is basically insignificant in comparison…. I was angry… I was hurt, I wrote as I often do and then deleted the post because it was angry, it was rude, and it was not who I wanted to be or project into the world…
As someone who has and suffers with depression, as someone who has lived with a body image disorder and self-harmed and as someone who last 5 beautiful souls for no reason at all, I have had my fair share of dark days and I still do, there are many days where I do not want to pull myself out of bed, many days where I snap or feel angry with the world, days when I am anxious days where something triggers a memory or pain that I would rather lay to rest…

I don’t talk about my losses often; my way of coping has always been through the stories and hope of others not because I feel that my babies were insignificant but that is how I cope through the hope of others.

I have met so many incredible woman over the years, woman who have tried for many years to have a baby and couldn’t, woman who fell pregnant but lost over and over again, woman who have gone on to have their rainbows as I did, each and every woman has been incredible with a loss I could never fathom because I do not know how they feel and never will even if our situations are the same I will never truly know.

There is no greater pain than the loss of a child, and I have always said that I am lucky to not have birthed and lost, to not have gone for multiple scans or seen my bump grow to not have shopped and be left with an empty cot and arms…. Of course the other side of that which many people fail to see is that I and many other woman because we lost our babies early have NOTHING to remember them by, no sonogram photos, no belly pictures, no clothing to look at nothing but painful memories that for me come with the season changes and they did.

I remember every day so clearly, I remember the emotional pain as well as the physical, I remember feeling so incredibly alone… I remember so clearly the first time and sitting all alone at a clinic, I had no one to tell and nowhere to go… I remember the blood trail I left behind as my now hubby had to keep the kids from seeing what was happening and sitting on the toilet screaming inside knowing what was happening, I remember and still have the fear, I cannot have any more children but that fear is still there, I remember holding what remained of them the 3rd and 4th time there was nothing much there only fetal tissue as it was medically referred to… I remember the tears and the begging and pleading many hours to the universe, why me, what did I do wrong, why another person they deserve to hold and have a baby so badly….