One of the things that truly bothers me as a parent is driving down the road and seeing kids jumping all over seats not strapped in some even on their parents laps.

I got my first car at 19 I had been driving for a few years already but inherited some money at that time that allowed me to purchase a small second hand car.

Loghan was very small and my car was mostly used to get to and from work, Loghan was a colicky baby and I hardly got any sleep, after a few weeks of owning my car I was driving to work and was involved in an accident, only a few years later did I remember what happened I completely blanked everything out!

What happened is I had fallen asleep at the wheel and when I tell you that TINY second of a mistake caused my car to be written off I am not lying, it still gives me nightmares and I was just so grateful that Loghan was not in the car at the time.

My point is driving is dangerous and anything can happen at any time so why, why take the risk with your kids, they have no control you have the control at least for the most part and you need to take it and ensure that your kids are as safe as they can possibly be. 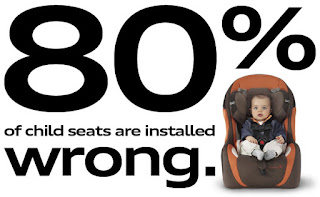 In short ensure that your child is in a safe, Safety Board approved car seat that is installed correctly and is the correct size for your child at the time! 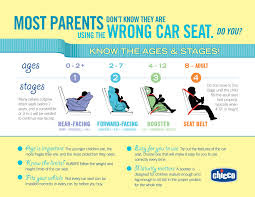 For us, Loghan was in a car seat until the age of 7!  I know many people will think that is a bit old I do not, when he reached 7 I felt he was responsible enough and tall enough so that the seatbelt would not cause him harm should an accident occur.

Gabriel is 6 and still in a car seat and will probably be in it until the end of this year as I feel that although he is tall enough he likes to fiddle with the seat belt and unbuckle it so in my opinion he is not ready to leave the seat yet.

Jesse is of course still in a seat, we only recently placed him in a larger front facing seat, he was rear facing until over the age of 2 and I personally believe that all infants should be rear facing for their own safety until the age of 2, further if you can, Jesse became very uncomfortable and unhappy in his rear facing seat and the seat we had up from that is forward facing so we felt that he was old enough even though if I could have I would have kept him rear facing until 3.

I know car seats can be expensive, my best advice is do your research and find an affordable seat that is going to take you as far as possible in regard to weight and size, and if you plan on having more children then keep the seat for them.

There are also many second hand stores that have to have the seats tested before reselling them we picked up a Peg Perego seat worth 3000 for 500 when Gabriel was a baby sand it lasted through Jesse as well and has now found a new home with my colleagues Grandson, it was an awesome seat and was so worth the money we paid for it.

Just don’t take the chance, you cannot control how other people drive or what will happen on the roads but you can ensure that your kids are as safe as possible