My not so coventional fairy tale

My parents met when my mom was 15 and my dad was 18 my dad was off to the navy. They met whilst on holiday in Durban and as the story goes they fell head over heels and were married a few years later with the birth of me and my brother to follow soon afterwards. 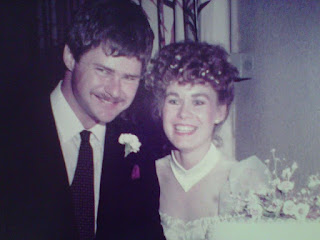 I heard this story many times growing up so as you can imagine the fairy tale picture I had in my head included meeting and falling in love with the man of my dreams at a young age, having children and sailing off into the sunset... as it so happens I did meet my ex at 17 I had my son at 19 and we married at 20 but that was not where my story ends and it was not my happily ever after.

The thing about fate and happily ever after is that it doesn't always happen as you thought it would or pan out as you think it will.

I met my second husband before I met my first at the age of 15 when he was 21, I saw him from across the room and was immediately drawn to him, as fate would have it he was dating someone else and even though we became good friends I went on to meet my ex and he ended up in a serious relationship as well, when my ex and I separated after Loghans birth he was once again seeing someone and by the time that relationship ended I was back with my ex, so through all the years we basically passed each other and neither of us was none the wiser of how we actually felt about each other.

To cut a long story short I left my ex shortly after Gabriel was born and walked away with no idea of how I was going to support my kids on my own, Jaco and I were good friends at the time and he offered to help he leased a place in his name and slept on the couch while the kids and I each had a room and that was when my ex wasn't calling the cops to have him removed from the property because he told a court magistrate that he felt that Jaco was the reason for our break up and was driving our family apart so in essence he paid for a place he couldn't even stay in most of the time which honestly made my feelings for him grow and as fate would have it we eventually after how many years realized how we both felt for each other and we started dating.

It took me three years to get my divorce and that period was filled with frustration, honestly I don't know what I would have done without Jaco by my side and I don't know how he stuck around through everything we had to go through but he did and in August 2012 we decided to get married.

It took us 5 weeks to plan our wedding, it was small and intimate, we had a ceremony at my moms place on the 4th that included 30 family and friends of the more christian persuasion and then on the 9th we had a Pagan ceremony with 20 of our Pagan family/friends.

So we have been married for 3 years now and even though he drives me up the wall sometimes as I'm sure I do him as well, I truly feel that the Gods have blessed me by bringing my soul mate to me and honestly if I look back I wouldn't change it for anything, I wouldn't change my first marriage or how everything panned out because it all happened for a reason and led to where we are today...

What is your love story I would love to hear it, was it the conventional love at first site did everything by the book or was it a bit different and unexpected....