grateful through the storm

The saying goes that it never rains it pours, I have to say the last few weeks have been a real test for me but every time I find myself feeling down and out it always turns around or something happens that makes me go wow we truly are just incredibly blessed with amazing support.

On Friday evening I went through to the pharmacy to collect Loghan’s medication and well they misplaced his script…. So there I was standing there I can’t get his meds the doctor’s office is closed what the heck do I do, I literally cried all the way home envisioning being called on Monday to pick Loghan up etc.

So I texted my ex and well let’s just say he gave Loghan his last tablet on Sunday, now if it were me I would have skipped Saturday or Sunday and given him a tab Monday morning for school but never mind, I was not called to pick him up but he did have a rather trying day, he was unable to sit still at his desk or concentrate on his work, just shows how much he needs his meds I felt terrible that he had to go through the day without them not fair on him at all.

So yesterday I called the doctor’s office and long story short the pharmacy had his script and I went through to fetch the meds after work last night, now it’s not month end we are financially… well screwed until pay day so I asked them to give me like 5 tabs just to get to pay day, they hand over the full boxes um… so I begin to explain and the gentleman says its ok you can pay at month end, cue the waterworks seriously I cry for everything these days I know but I was just so incredibly grateful and to know that there are still such amazing people in the world who do really care about the wellbeing of others I was very relieved.
When I got home Jesse had been home all day with hubby and was not looking well at all his breathing was very rapid and difficult and his temp was 39.3 so after getting everything done and after Jesse refused both food and tea I packed into the car and drove to the er.
Needless to say when we got there they gave me a look like I was wasting their time until they took his temp and got 40.7 with a low oxygen level and bad pulse and bp levels so then they rushed him in, it was 3 hours of a nightmare trying to bring his temp down every time we succeeded it would go back up again even after all the meds and the neb to open his chest and solution in the nose to unblock that, we ended up going for x rays and his was diagnosed with Bronchopneumonia say that 5 x fast.

We eventually got his temp stable at 38 and we were allowed to go home… I am dreading the bill but I am just grateful he got meds and we broke that temp.

So we were pretty much up all night with a very miserable boy, I overslept this morning and woke up with 10 minutes to go before the boys shuttle arrived to collect them for school but we managed and they left dressed, fed and happy and I managed to still get to work a few minutes late but I got here.

Thankfully my hubby has been able to stay home with Jesse and hopefully we will see more of an improvement over the course of today, I felt terrible last night he screamed his head off didn’t want to let anyone near him and the nurses were so patient and kind, having a sick child is terrible and I really hope he starts to feel better soon. 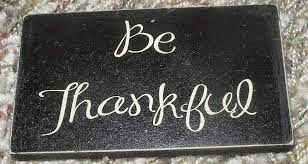 After all of this, this morning I am incredibly grateful for caring and kind people who do still exist, for modern medicine and facilities.

I am grateful that we have food on the table the cupboards aren’t nearly fool but there is food thanks to my mom who sends what she can when she can, it helps so much in the last few days of the month, I am grateful for the petrol in my car and that I can actually get to work and I am grateful for the help we are receiving for Gabriel at this time and for the kind hearted and amazing teachers at the boys schools.

Finally I am grateful for amazing friends and loved ones. 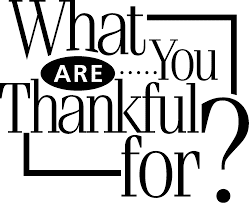 Email ThisBlogThis!Share to TwitterShare to FacebookShare to Pinterest
Labels: Depression, Finding the rainbow, My life