This isn't going to be a long post but something was shared on my social media yesterday by a friend of mine and when I saw it I just had to share and talk about it because I think it is just about the most wonderful thing I have ever seen.

Sam the Hedgehog is a short film that tells the story of Sam who as you can guess is a hedgehog but Sam is different as his is being raised among sheep. 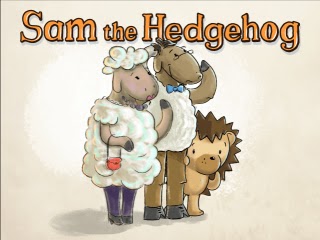 Told in verse, Sam’s story sheds light on the experience of ASD (Autism Spectrum Disorder) children and their parents. Sam is shy, a bit prickly and quite particular about certain things – just like many autistic kids.
The message of his story is that autistic people want to be accepted for who they are. Although we should try and understand one another better, the point shouldn’t be to try and make people with autism “normal”… any more than a hedgehog should learn to become a sheep.
As an ASD parent I have spoken before about coming to terms and understanding your child and their diagnosis and that they are never going to be like everybody else and that accepting that and coming to terms with that goes a long way in terms of helping you understand your child and in helping them and your family move forward in a loving and supportive manner, yes it's hard and as a parent it can be incredibly difficult when you are first told you child has autism or any spectrum disorder, as much as you see the red flags ad as much as you know that something is different actually saying it or voicing it out into the world can be incredibly difficult and emotionally trying, I love how this series incorporates the mom who is of course a sheep and how she comes to term with the fact that her prickly and very much loved son is not a sheep and will never be, he is a hedgehog and that's ok he is different and sees the world in a different light.

We actually owned a hedgie who sadly passed away earlier this year but we often remarked on how a hedgie was so similar to many children we have met and know who fall onto the spectrum, Loghan included.

It really is an amazing initiative and I would love for you all to get involved whether you just go on over to the site for a read and a share or you donate to the cause I really do feel that initiatives such as this one are essential in breaking down the barriers of misunderstanding of ASD the spectrum and how these children are supported and treated by those around them and how they want to be treated by those around them.

One of the many things that I have heard so many times as an ASD parent is how these children need to learn to fit into the world they need to learn to hide or mask who or what they are they need to learn to function normally so that they can and will be accepted into the world around them- this concept is changing... slowly but it is moving in the direction of understanding that no these children and then adults are who they are and they have so much to give and offer as themselves, they shouldn't need to hide or mask, yes there are certain standards within a workplace and such that require certain behaviors and procedures of behavior but there are so many options and avenues that can and should allow for people with ASD to thrive and to live their life with equal opportunities afforded to them.

If you would like to learn more or to watch a trailer of the short film you can hope on over with the following link and show the great people behind the lines of this initiative some love and support.

Together we can move forward in the direction of understanding and support! 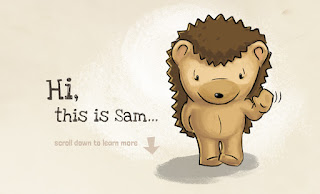