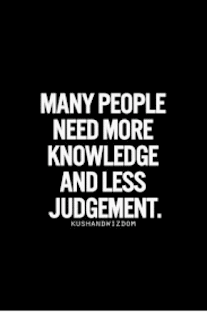 I have commented and spoken often on this space about the judgement of people towards others in this day and age and how even though it would seem that people are and should be less judgemental, more tolerant of difference and generally understanding… however in many cases this is still not the case.

I am talking about many different things but this weekend in particular an incident occurred that brought to home the judgement that follows sexual preferences.

On Saturday Loghan was asked to join a friend at the movies and he was absolutely ecstatic, his friend is on the spectrum as well and they are only a week apart in age so for the most part they get along very well together which for Loghan and his friend is a huge thing.

After the movie and a few treats thanks to my wonderful friend and fellow special needs mom I went to fetch Loghan from their home, we discussed the outing and how it all went whilst the boys went out to play and then my friend proceeded to tell me that the boys chose to hold hands whilst walking around the centre before and after the movies and how so many people were looking and commenting on it, now Loghan and his friend are both 9 but because of height etc they look around 11 years of age.

The fact that they held hands did not bother me in the slightest, they are young they are friends and they held hands because they don’t see why they shouldn’t and neither do I, now Loghan knows what the term gay means, he has been bullied and called gay before (because he wouldn't hug a girl fyi) he was told at school that it was wrong and when he came home in tears and told me not only was I angry and heartbroken because these kids were royal a holes who had no right to speak about a group of people in that way but also because children are just dam cruel sometimes.

I used that incident to explain to Loghan what the term gay meant ie it is when a person is attracted to and/or falls in love with a person of the same gender I used examples of the many gay and lesbian couples that Jaco and I have in our friends circle I asked if they were bad people and when he said no I said does being gay change who they are… no… I also asked if he felt that they were happy together and he said yes and that was all the explanation he needed.

So Loghan knows what it means to be gay he knows what it involves and even if at some stage he did decide that he was attracted to men and was gay… so what!!!!

For now it just made me angry that people can be so quick to judge in this day and age and how they could give my friend a look for ‘allowing’ our kids to walk as they did.

I am often ashamed of our world and the people who dwell within it, I wish with all my heart and soul that people would just open their minds and hearts and realise that if we all just showed each other some love and understanding the world would be a much better place.