I’m going to be honest here, Christmas…. Not my thing, I grew up in a household where although we were always blessed with gifts etc during the holidays but the overall so to say spirit was never there, it was just never a major thing in our family and from the age of 13 I was already choosing and wrapping up my own gifts to go under the tree.

Then I had my own children and although I still don’t get the whole craziness of the holidays I do of course try to make it something special for my kids, I have to admit though the older they get the more I struggle with gift ideas and that is one of the things I love about Hasbro they always have a wide range of good quality toys and games and all of my kids will love which makes things a whole lot easier when it comes to compiling that Christmas list that every parent loves oh so much.

Back to Hasbro- every year they make things a bit simpler by taking the time to compile a list of their most anticipated gifts, toys and games, they ensure that there is something for everyone – from fun family activities to active play, imaginative play, creative play and so much more, if you are out of ideas or looking for something that your kiddos will love this list is for you!

Is the Curious Bear Interactive Plush Toy, is a dream companion for kids. He has over 100 different interactions and responds to touch, voice and motion. Cubby plays peek-a-boo, and let’s not forget snack time - feed him his bottle or treat and he’ll make eating sounds. When it comes to bedtime, you switch him into a nighttime mode and he slowly falls asleep and plays a variety of music and white noise to also help the child sleep. 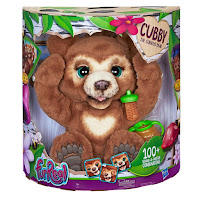 The Nerf Trilogy DS-15 toy blaster has ejecting shells to heat up your Nerf dart-blasting action. Unleash a triple-dart blast with this Nerf N-Strike Elite blaster that shoots 3 darts at once from each shell. 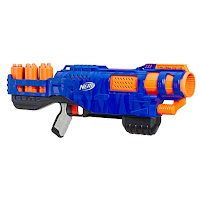 Inspired by the blaster used in Fortnite, is the only way to play Fortnite in real life.  Drop into indoor and outdoor Fortnite action with this motorised, dart-firing Nerf Elite Fortnite blaster that features two flip-up sights to help you align your shot and an acceleration button to power up the motor. 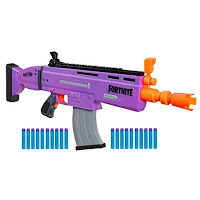 Pull back the bolt to prime the blaster and unleash rounds at a velocity of 30 meters per second. The bolt placement can be customised to accommodate right or left-handed battlers. 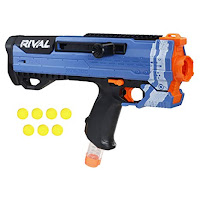 * My kids love both Nerf and Fortnite so I just know that these new additions are going to be a winner this year, we have amassed quite the collection of Nerf guns over the past few years and I have to be honest as far as gun toy options go I really don’t mind these at all and as a parent its actually fun to join in and even launch an ‘attack’ on your unsuspecting partner… who may be asleep… on the couch… *

Siege plunges fans into the epic fight to survive on the final day of the Autobot and Decepticon battle to control Cybertron. Build the ultimate battlefield with these figures that come with customisable weapon configurations. 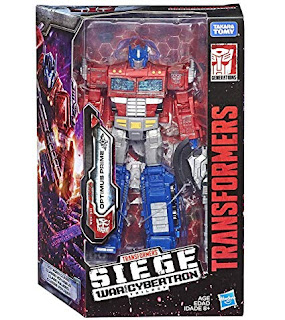 Imagine teaming up and battling the Power Rangers' toughest enemies standing 25 cm tall, and with the included accessories, these action figure toys are ready for action against any foe.

Young fans of the Disney Frozen movies will love these, each doll includes a Frozen 2 inspired outfit, press the button on the bodice to watch the dress light up and hear a snippet of an original song from the Frozen 2 movie. Sing along while imagining scenes with Arendelle's favourite sister duo. 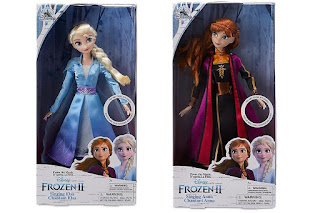 *My best friend’s daughter would go absolutely moggy for these, I don’t think I have ever seen a bigger Frozen fan.*

This baby doll loves to eat. Mix baby’s food with water to make doll food that looks like the real thing. When you give baby her spoon, she opens wide and really eats her doll food. She also giggles, moves, and asks for more. With over 50 sounds and phrases, this sweet baby doll makes feeding and changing time feel oh-so-real and fun. 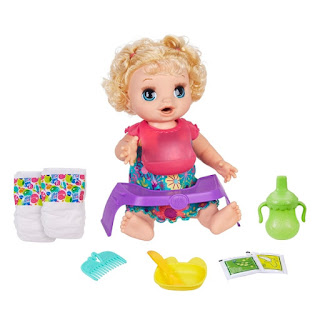 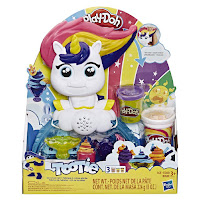 There's no stoppin' the poppin' fun with this toy, which includes everything you need to make creative Play-Doh popcorn masterpieces. Crank pretend popcorn into the 3 bucket sizes and mix it up with silly snack mixes. Add fun play food toppings like pretend pretzels, crazy candy, and more with the candy-themed stamps and moulds. Don't forget to squeeze in some silly syrup or butter with the syrup tool.

Little chefs can also go pizza crazy with the Play-Doh Stamp 'n Top Pizza Oven.  Stamp a pizza crust in the oven, then go wild creating and customising with the variety of tools and moulds included. 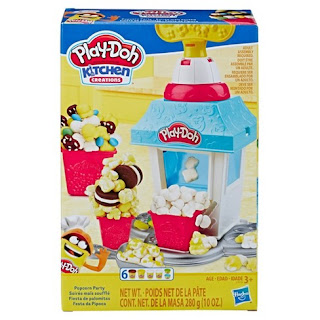 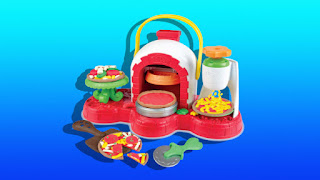 *These are actually really cute, Play Doh is one of those classic ‘toy’ items that most children are bound to love and I really love seeing these new play sets and options that are coming out, it just makes the Play Doh even more interactive and fun.*

The My Little Pony world is filled with magic, friendship, fun and laughter.  Tickle this version of Pinkie Pie and watch as she starts to giggle, wiggle and laugh - the more she is tickled the harder she laughs and the faster she moves. 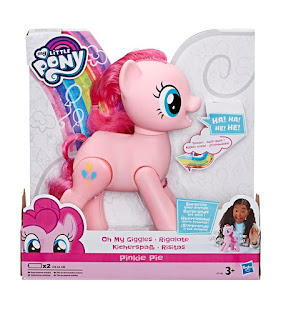 *My Little Pony is another great hit in our house and Pinkie Pie is my absolute favourite, well her and Flutter Shy (Did you know they are voiced by the same person?). I love how the show and the toys encourage friendship, love and understanding rather than just being a show or story that a child gains nothing further from, both my younger sons (even my older son on occasion although he tries to hide it) love the show and I have purchased a few ponies along the way.*

This is an interactive talking toy, that’s fun and entertaining for kids as well as adults. Just attach his mouth and press the buttons, his lips synchronize to wacky songs and some funny phrases. 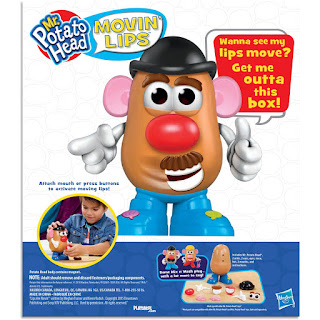 We all know the guy in top hat and tails right but have you met Ms Monopoly a self-made investment guru, who is here to celebrate women trailblazers in the first game where women make more than men. Instead of buying properties, players invest in groundbreaking inventions and innovations made possible by women throughout history. From inventions like WiFi to chocolate chip cookies to space station batteries, MS. MONOPOLY celebrates everything from scientific advancements to everyday accessories. In the MS. MONOPOLY game, women get a higher payout at the start of the game and more money when passing ‘Go’, but who you are is up to you! 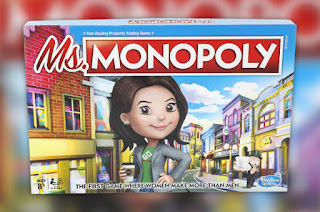 *Monopoly is one of those games that I have kind of avoided given the length of time that a game takes up and my children’s very limited concentration span but I have to say that this idea rocks and it may be something that I will try out in the near future, The Nerf Fortnite may go down a better treat for my boys though, we will have to see.*

In this thrilling Fortnite inspired edition of the Monopoly game, players claim locations, battle opponents, and avoid the Storm to survive. The gameplay, design, and components of the board game include elements inspired by the video game including Fortnite locations and loot chest cards. Instead of Monopoly money, players earn Health Points (HP). Like in the Fortnite video game, the last player standing wins! 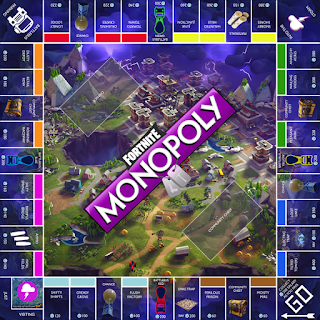 This game combines the game play of the original Connect 4 game with fast-paced, competitive excitement. Two players at a time race to get four balls of their colour in a row to win. Kids can also practice solo to prepare for a future Connect 4 Shots match up.

*I grew up loving this game, I still love it and we have a mini set at home!*

The classic non-toxic Play-Doh compound with an innovative way to mix and play. Use the roller or your hands to squish and blend the two colours together for a cool marbling and blending effect and watch the colours swirl and change before your eyes. 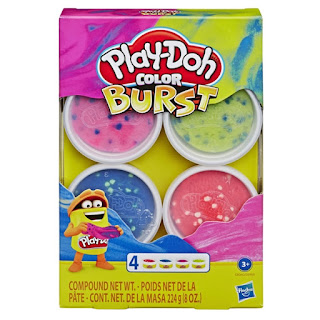 A series of collectible, mini-sized Nerf toy blasters. Blasters in this assortment include replicas of the Fortnite TS blaster, Fortnite RL blaster and Fortnite Llama blaster, inspired by the iconic purple pinata loot box used in the popular video game. 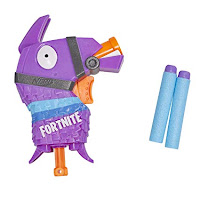 *Since this mama is a llama with llama minions for children I know I will need to pop at least 3 of these in our trolley this year!*

Each of these include a mouse or kitty figure, meme stickers, two hidden accessories and a collector’s sheet. Store the compound in the resealable carton so you can keep discovering over and over again. 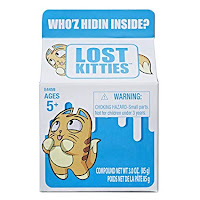 These feature multiple points of articulation and design. With the included Morph-X key, kids can imagine unlocking hero powers in the Beast-X Morpher toy (sold separately). 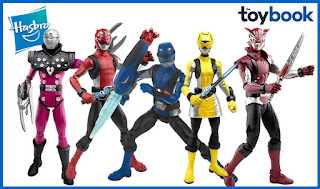 These combine the worlds of My Little Pony and Equestria Girls to imagine a universe of play and friendships. With a tropical vacation theme each blind bag includes an adorable 4cm figure, beach-themed accessory, collector card and a cute storage case. 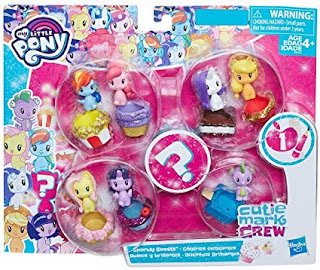 *These will for sure make their way into our trolley this year for my younger sons too cute for words!*

Dolls (each sold separately) in this assortment to mix and match more styles. Each mini doll comes with two outfit pieces recognisable to her character, a pair of shoes, and an accessory to dress her up in her signature style.