Growing up my best friend and I played board games... a lot especially Cluedo (now Clue) and Risk OMG guys I loved those two games, and a family games night although not something I did with my own family is something I have always wanted to try out with the boys although I always envisioned a disaster so I never ended up following through until #Hasbro sent me a #GrabandGo package containing the game Guess Who which is another game I do remember playing later on, they also included some yummy snacks so when the boys came home from their dad I decided to give it a shot'and it actually turned out great.

The game is like a people version of battle ship so each team or person has a surprise character and the other team/person needs to order yes/no questions pertaining to the characters in order to deduce who their opponent has, whoever guesses right first wins, hubby and I played a round without the boys first to show them how to play and then we split into teams of 2 and 3 and encouraged the boys to ask the questions and guess, Jesse surprised me by asking some really good questions and in the end he, Gabriel and Hubby won...much to Loghan's dismay but there were few... very few disagreements and all went down well so I think we may just make a habit of games night, it encouraged team work and thought process and we all had a good time.

The #GrabandGo series allows you to take a smaller/ more portable version of certain games with you during travel, road trips, holidays etc, the only thing I will say is the cards aren't as great a quality as you would find with the original but otherwise I was happy.

A big thank you to Hasbro for sending this to us! 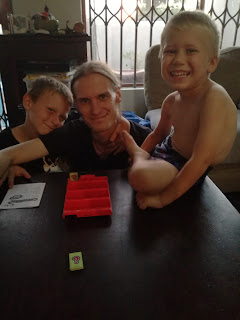 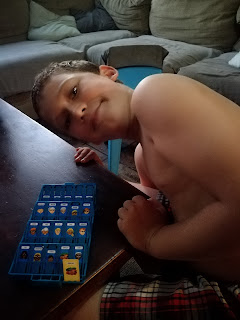 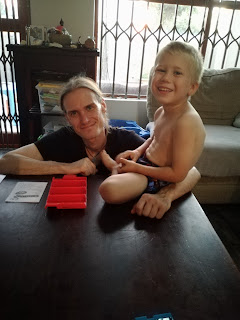 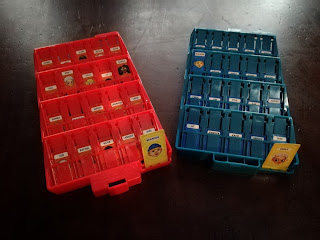 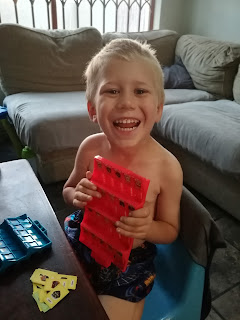