This week we were invited to take an early peek at the Space Station which was officially launched yesterday in the Canal Walk arena next to the food court on The lower level.

The boys were with their dad this week so it was only Jesse, Hubby and I but I was really looking forward to it and seeing how Jesse would react to the many activities that they had on offer.

Upon Arrival we were 'tagged' and handed vouchers for food/ drink as well as photos which I think was awesome, the food bar was amazing and the food on offer ranged from galactic donuts and space clouds (cotton candy) to actual eats and drinks wise we got to try their iced coffee which was to die for and Jesse got a slushie.

We headed into the maze first which was unfortunately incredibly crowded so we did not have the chance to stop and read all the wonderful information placed around the maze, we did however get to to light up our individual constellations on an interactive 'screen, which I thought was awesome and I got to explain to Jesse what they were. 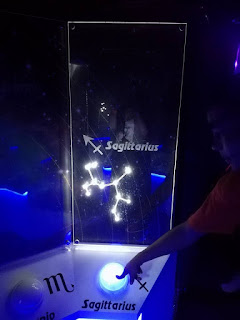 We then moved on and waited in the line for the black hole slide which I knew Jesse would love, he was a bit anxious when we got to the front though but the lovely assistant eased his fears and helped him climb to the top, we then met him on the other side and we were able to take a photo home of that experience. 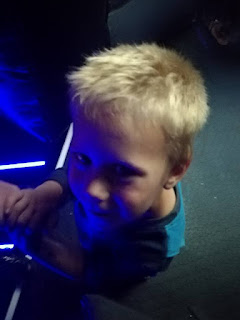 After that we made our way between the jumping castle area and asteroid pit and that was where Jesse had the most fun, unfortunately we had to take turns as you are not allowed to take drinks in with you and at one point the smoke machine came on and I couldn't breath, I get incredibly claustrophobic and my whole chest closed so I had to get out of there fast but Jesse was in his element as were all of the other kids so Jaco stayed inside with him, whilst I watched the charity virtual reality competition they had going. 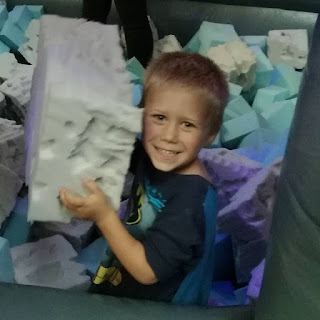 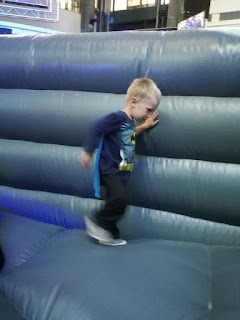 The mini planetarium is also something that Jaco had go into with Jesse, I do think that this would be aimed more towards a child that is slightly older than Jesse as he didn't stay for long in there but then again if your child is a space fanatic as many children are it would make a great learning experience for them. 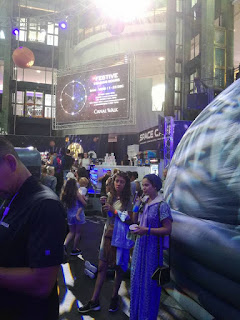 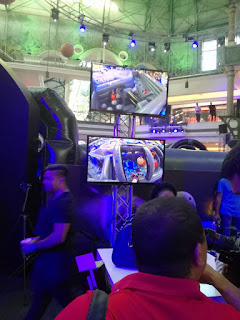 All in all I think the organizers did a great job and the concept is wonderful, the ticket pricing is affordable starting from R40 and we had a wonderful evening at the end of the day, we stayed for just over 2 hours and Jesse fell asleep in the car he had such a lovely time.