Last week we received and awesome package from #Hasbro filled to the brim with some of their top listed 2017 Christmas finds, I couldn't wait to take it home and let the boys tuck in.

I will admit I was a bit torn being as it is so close to Christmas time but my older two were at their dads and Jesse very rarely gets to open anything that I bring home and have it all to himself so I threw caution to the wind and said have at it kid. 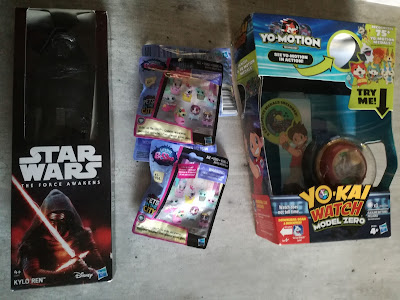 I was a bit weary of allowing him to open this one as I have found in the past that the watch can be a bit finicky even if the product does say ages 4 and up, the way that the yokai disks need to be inserted correctly for the watch to work and also so it doesn't break, Jesse is of course only 4 and is like a bull in a china shop when it comes to toys so I was a bit weary, but it was the first thing he reached for and the delight on his face as he heard the Yokai sounds was beautiful, this Yokai model also reflects a moveable motion picture from the watch onto the closest surface, in this case it was a dancing cat yokai which delighted him to no end and even impressed my hubby, I was also delighted to see that after being shown how to use the watch correctly he was able to insert the disks no problem on his own.

In the world of Yo-kai . . . characters sometimes have those days where nothing goes right. They lose their keys. Their pants fall down. They fart in a crowded elevator! Chances are, a Yo-kai is to blame. They're everywhere, causing daily annoyances, and they're invisible except to the characters who have befriended them.

The Yo-kai Watch Model Zero features Yo-Motion Technology. When one of the Yo-Motion Yo-kai Medals is inserted, the watch projects an animation of the Yo-kai pictured on the medal onto a nearby surface. Fans can imagine summoning Yo-kai characters with sounds, phrases, and Yo-Motion animations, and some even play music. Experience the world of YO-KAI WATCH with the Yo-kai Watch Model Zero and Medals (watch sold with 2 exclusive medals, watch and additional medals each sold separately, subject to availability). 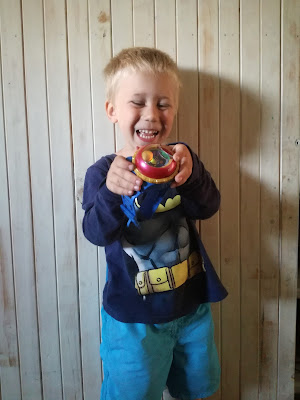 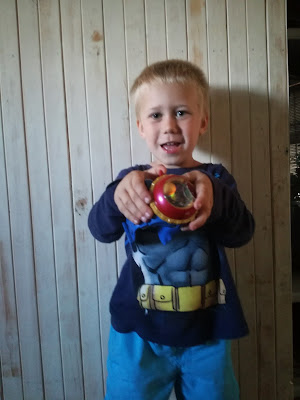 I remember playing with these myself as a child, although they have changed somewhat over the years they are still stinking cute and I just knew this would be something that Jesse would love.

Here’s a pack of pets that seem content to find the fun they need right at home. Kids can pretend that these pets are enjoying a bit of domestic bliss – maybe taking a nap, playing a few games or just chatting the day away. There’s quite a variety of pets here, including a dog, a spider, a bunny, a crab… even a chameleon – enough to make any pet-lover feel right at home! It’s fun to imagine that, no matter where they come from, these pals all love to get together and simply hang out with their besties. 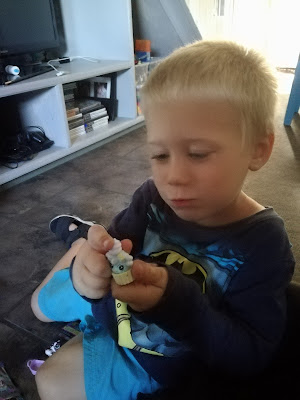 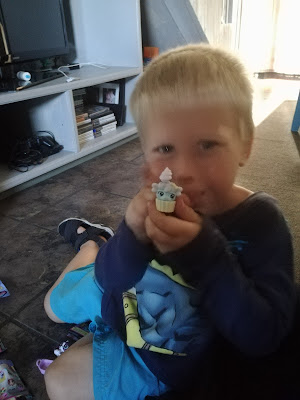 
Ok I have to be honest I am not a star wars fan... don't shoot me, but hubby is and so far the kids have enjoyed some of the movies, when hubby saw the figure... and the way I opened it I think he died a little inside, shame... but Jesse was so happy with this one and hasn't stopped carrying it around, the figure is somewhat moveable and as far as kids are concerned very durable, the quality is great as is the attention to detail.


Re-create the biggest battles and missions of the Star Wars saga with these figures ! With exquisite features and articulated movement, the figures in this series embody the quality and realism that Star Wars devotees love. A dark warrior strong with the Force, Kylo Ren commands First Order missions with a temper as fiery as his unconventional lightsaber. This  Kylo Ren figure is carefully detailed to look just like the character from Star Wars: The Force Awakens. This figure is crafted to display true-to-story detail and comes with 2 accurately decorated accessories. Act out favorite battles or create brand new ones! No collection -- or adventure -- is complete without this Kylo Ren figure. 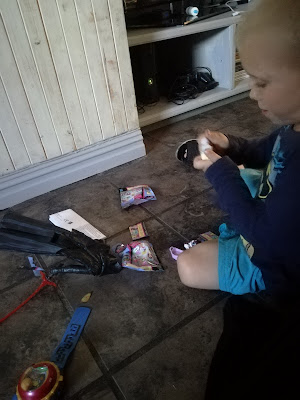 
This one I kept aside, it was Gabriel's birthday yesterday and I just knew he would love to get his hands on this one so I thought his birthday was the perfect time, he spent the better part of the evening last night shooting down targets (poor spiderman) with his brothers, we own a fair number of Nerf guns and I have to say most of them don't come cheap but I feel that they are incredibly worth it and I have seen a fair few going for really affordable prices in stores right now. All three of my boys absolutely love them and even we have joined in and helped fight a few Nerf battles, the Accustrike is different to the ones we already have; I love the new (acu) aiming function and the new dart design as well.

Kids can strike with confidence as they blast darts designed for accuracy! The Nerf N-Strike FalconFire blaster is part of the AccuStrike Series, which features darts designed for greater accuracy. Hit the mark with the precision of the most accurate Nerf darts. Load 1 dart into the top of this single-shot blaster, take aim, and fire! The dart storage area holds darts nearby for easy reloading. Comes with 6 Elite foam darts that are designed for greater accuracy. Compatible with Elite darts (sold separately). 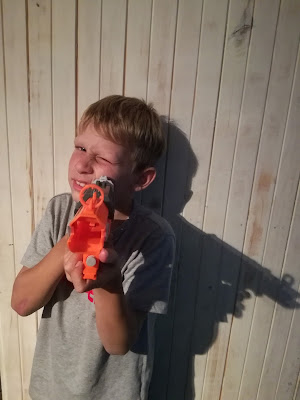 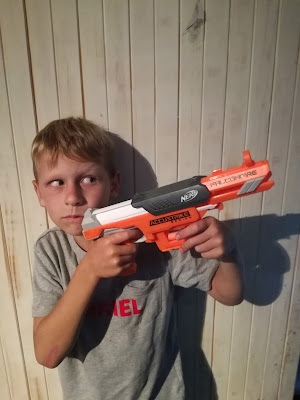 A BIG thank you to #Hasbro for sending these items through to us, I know that many of these items will be on your child's Christmas list this year and they can be found at most large toy stores such as Toys R Us and Toy Kingdom.