Did you know that after birth a woman’s body secretes a ‘happy’ or ‘love’ hormone through the body, it is said that it is the secretion of this hormone that not only makes you feel completely head over heels in love with your crying bundle of joy but it is also apparently what makes a woman forget the pain and such that goes with labour and birth, well forget is the wrong term it basically creates a fuzziness around the details. It is said that this is done so that a woman will have another baby in the future and not be put off due to experience.

Anyhoo I have come to believe that this same hormone must release during the toddler stage of childhood because as a mom I personally having had 3 kids seem to forget what the toddler stage is actually like with most kids and then wham it hits me with shock and horror and even though I have been through it before it still feels unexpected.

Jesse for the most part was an absolute dream behavior wise up until I would say his 3rd birthday last year and then the horror that is the threenager stage erupted in our household.

I mean this morning he had a meltdown because I put a jersey on him, then he threw a tantrum over leaving his shoes behind and then because I made him wear socks… and then because I tried to pull them off.
Seriously, there is no logic I promise you, he tantrums over a Melrose sandwich after just having asked for it and he tantrums because its bed time and the tv gets switched off, because the apple is bruised, because we have run out of grapes, because the juice is to cold, because I used the wrong bottle…

I could go on and on for days… but seriously I don’t remember EVER having this issue with my older two, I mean Loghan gave us uphill in a different way and Gabriel was an absolute dream of a toddler and pre-schooler, so why I ask you WHY????

I feel like I am living with a mini dictator and I just want to fast forward to or rewind to a time where this is all over and I feel like I have restored the order of things in our household.

The crying is probably the worst for my hubby who gives in because he just cannot handle it which makes it worse because Jesse knows he can get his way with him, I mean the crying is so fake it’s a literal wah wah like an actual fake baby sound and although it irks me to the very centre of my bones I have learned to haze it out and carry on… aint nobody got time for that, what irks me the most is when I need to get out the door and it starts, he has the ability to sense my anxiety and irritation over being late and needing to get out the door at a certain time and wham full on meltdown grrr.

Btw I'm calling it a meltdown because usually said toddler in question loses all sensibilities and you are unable to rhyme or reason with said little person, they hyperventilate and become totally beside themselves forgetting the reason for their meltdown in the first place (that is if you do not give into said little persons demands) 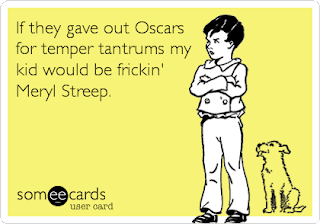