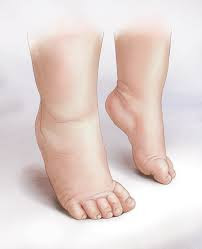 By Definition Toe Walking is walking on the toes or the ball of the foot, it is fairly common in children who are just beginning to walk. Most children outgrow toe walking and children who continue toe walking beyond the age of two or three often do it out of habit.

I decided to write this post seeing as Jesse is a toe walker in order to get information out there to other moms regarding this very interesting subject.

Jesse started toe walking from the get go and whilst he does not toe walk all the time, his father started to grow concerned as he himself had to undergo therapy to correct weakened Achilles tendon’s which toe walking had over time weakened.

So over the past year it has become more difficult to ignore or placate the concerns of my husband, honestly I believed it was more habitual as Jesse definitely does walk flat footed at times so I contacted a friend of mine who is an occupational therapists and she sent through some exercises for us to do at home.

We  have been doing that everyday and Jesse still prefers to toe walk so whilst we were at the doctor on Monday I decided to just ask the doctor about it since Jesse will be turning 2 next week, she observed him walking and basically confirmed what I had been saying that she didn’t think it was because he had to but rather that it had become a habit, but it was a habit we would need to break now rather than later because obviously the habit could lead to a weakened tendon and then corrective shoes or even surgery would be needed which we obviously want to avoid at all costs.

Here is some information related to toe walking

Toe walking is walking on the toes or the ball of the foot.

It is best to see a doctor if your child is still toe walking after 2 years of age or if the toe walking is accompanied by tight leg muscles or a lack of muscle coordination.

In a few cases, toe walking is caused by an underlying condition, such as:
Toe walking out of habit, also known as idiopathic toe walking, this is known to run along family generations.

We will continue to do the exercises at home and will be looking into getting Jesse a proper pair of orthopedic shoes as expensive as they are I know they will be worth it if it means avoiding future issues.

I hope this post was of some help to anyone experiencing the same issues.