It is just a ring afterall.... 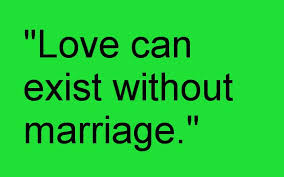 So basically after my divorce I really didn’t plan on getting married again and my husband wasn’t really fazed or said he wasn’t fazed either way; he was happy with my choice either way, and then as our relationship went on I realised that marriage was important to him and that I loved him very much and that I wanted to marry him, that aside there are also many legalities involved in marriage and especially when you have children and property etc so we decided together that we wanted to and that was that, we planned our wedding in 5 weeks, we arranged a simple small ceremony and Handfasting TOGETHER, it was so completely different to my first wedding and meant so much more.

At the time I couldn’t find a ring I wanted and we couldn’t really afford it anyway so I just ordered a cheapo ring out of the honey catalogue and so did my hubby… it really didn’t matter to us it was just a ring we were married whether we wore it or not.

Several months later I came across a ring I wanted, by this time my other ring had tarnished and I hardly wore it and my hubby had stopped wearing his because it interfered with his ability to properly service the cameras etc that he is involved with(I have never and will never ask him to wear it or force him to wear it and the same from his side).

The ring I chose is silver and completely unconventional as far as wedding rings are concerned but I loved it so we got it, fast forward to today and I no longer wear it because it is now too big for me and I have almost lost it several times, I now wear my engagement ring and hubby still doesn’t wear a ring.

Anyway I don’t know why this person thought it was in any way helpful or any of their business to remark on this but they did so I thought I would write this piece, at the end of the day if you rely on a ring and a piece of paper to proof that your marriage is worth something then I think you need to rethink what you base your marriage on in the first place.

Marriage is a beautiful thing and so is making the commitment on paper but at the end of the day not wearing a ring or not walking down the aisle doesn’t make your relationship worth anything less than someone who is legally married, if the communication and love between you and your partner is solid it really doesn’t matter what anyone else thinks…. 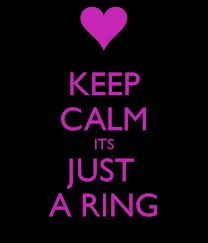