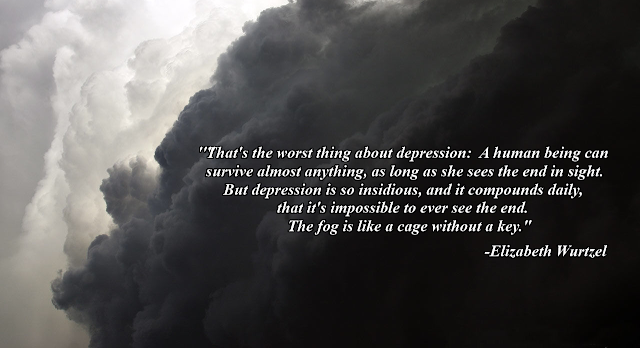 It is completely normal for a person to go through periods when they feel sad or down, however these symptoms usually pass after a short period of time.
Depression however interferes with a persons ability to function in their daily environment and can cause much grief for both the person and the people around them.

There are several types of depression….

Severely affects the person’s ability to work, sleep eat and function normally in their day to day environment

-         Depressed mood that lasts for at least 2 years. A person diagnosed with persistent depressive disorder may have episodes of major depression along with periods of less severe symptoms, but symptoms must last for 2 years.

-          Which is characterized by the onset of depression during the winter months, when there is less natural sunlight. The depression generally lifts during spring and summer. SAD may be effectively treated with light therapy, but nearly half of those with SAD do not get better with light therapy alone. Antidepressant medication and psychotherapy can reduce SAD symptoms, either alone or in combination with light therapy.

The Direct cause of depression is unknown and can be different between individuals however it has been established that it is most likely caused by a combination of genetic, biological, environmental, and psychological factors.

Depressive illnesses are disorders of the brain. Brain-imaging technologies, such as magnetic resonance imaging (MRI), have shown that the brains of people who have depression look different than those of people without depression. The parts of the brain involved in mood, thinking, sleep, appetite, and behavior appear different.

Some types of depression tend to run in families. However, depression can occur in people without family histories of depression too. Scientists are studying certain genes that may make some people more prone to depression. Some genetics research indicates that risk for depression results from the influence of several genes acting together with environmental or other factors. In addition, trauma, loss of a loved one, a difficult relationship, or any stressful situation may trigger a depressive episode. Other depressive episodes may occur with or without an obvious trigger.

People with depressive illnesses do not all experience the same symptoms. The severity, frequency, and duration of symptoms vary depending on the individual and his or her particular illness.

Signs and symptoms include:
-          Women are 70 % more likely than men to experience depression during their lifetime.
-          The average age of onset is 32 years old. Additionally, 3.3% of 13 to 18 year olds have experienced a seriously debilitating depressive disorder.

The first step to getting appropriate treatment is to visit a doctor or mental health specialist. Certain medications, and some medical conditions such as viruses or a thyroid disorder, can cause the same symptoms as depression. A doctor can rule out these possibilities, if the doctor can find no medical condition that may be causing the depression, the next step is a psychological evaluation.

The doctor may refer you to a mental health professional, who should discuss with you any family history of depression or other mental disorder, and get a complete history of your symptoms. You should discuss when your symptoms started, how long they have lasted, how severe they are, and whether they have occurred before and if so, how they were treated. The mental health professional may also ask if you are using alcohol or drugs, and if you are thinking about death or suicide.

Other illnesses may come on before depression, cause it, or be a consequence of it. But depression and other illnesses interact differently in different people. In any case, co-occurring illnesses need to be diagnosed and treated.

Once diagnosed, a person with depression can be treated in several ways. The most common treatments are medication and psychotherapy.

Primarily work on brain chemicals called neurotransmitters, especially serotonin and norepinephrine. Other antidepressants work on the neurotransmitter dopamine. Scientists have found that these particular chemicals are involved in regulating mood, but they are unsure of the exact ways that they work.

All antidepressants must be taken for at least 4 to 6 weeks before they have a full effect. You should continue to take the medication, even if you are feeling better, to prevent the depression from returning.

Medication should be stopped only under a doctor's supervision. Some medications need to be gradually stopped to give the body time to adjust.

A natural alternative would be St Johns Wort- The extract of this herb is known for its treatment of mild depression, it can be made into a tea or taken in capsule form and is available at most health shops and some chemists.

I have personally used St Johns Wort it didn’t help me much and it cannot be taken whilst breastfeeding or if you are on any form of birth control so bare that in mind.

How do women experience depression?

Depression is more common among women than among men. Biological, life cycle, hormonal, and psychosocial factors that women experience may be linked to women's higher depression rate. Researchers have shown that hormones directly affect the brain chemistry that controls emotions and mood. For example, women are especially vulnerable to developing postpartum depression after giving birth, when hormonal and physical changes and the new responsibility of caring for a newborn can be overwhelming.
Some women may also have a severe form of premenstrual syndrome (PMS) called premenstrual dysphoric disorder (PMDD). PMDD is associated with the hormonal changes that typically occur around ovulation and before menstruation begins.

During the transition into menopause, some women experience an increased risk for depression. In addition, osteoporosis—bone thinning or loss—may be associated with depression. Scientists are exploring all of these potential connections and how the cyclical rise and fall of estrogen and other hormones may affect a woman's brain chemistry.

Finally, many women face the additional stresses of work and home responsibilities, caring for children and aging parents, abuse, poverty, and relationship strains. It is still unclear, though, why some women faced with enormous challenges develop depression, while others with similar challenges do not.

How do men experience depression?

Men may be more likely than women to turn to alcohol or drugs when they are depressed. They also may become frustrated, discouraged, irritable, angry, and sometimes abusive. Some men throw themselves into their work to avoid talking about their depression with family or friends, or behave recklessly. And although more women attempt suicide, many more men die by suicide in the United States.

How do children and teens experience depression?

A child with depression may pretend to be sick, refuse to go to school, cling to a parent, or worry that a parent may die. Older children may sulk, get into trouble at school, be negative and irritable, and feel misunderstood. Because these signs may be viewed as normal mood swings typical of children as they move through developmental stages, it may be difficult to accurately diagnose a young person with depression.
Before puberty, boys and girls are equally likely to develop depression. By age 15, however, girls are twice as likely as boys to have had a major depressive episode.

Depression during the teen years comes at a time of great personal change—when boys and girls are forming an identity apart from their parents, grappling with gender issues and emerging sexuality, and making independent decisions for the first time in their lives. Depression in adolescence frequently co-occurs with other disorders such as anxiety, eating disorders, or substance abuse. It can also lead to increased risk for suicide.
Childhood depression often persists, recurs, and continues into adulthood, especially if left untreated.

How can I help a loved one who is depressed?
To Help Yourself

Email ThisBlogThis!Share to TwitterShare to FacebookShare to Pinterest
Labels: Depression, My life