So in the effort of trying to convert our household to using all natural products one of the last things I have tackled is my make- up, this I left for last because A- its hard to come by a good cost effective organic/vegan make up brand and B- my skin is very sensitive and next to all the make up brands I have tried have affected my skin or my eyes terribly and I cannot continue using it, up until now I have been using Avon and I will say the make up is really lovely does nothing to my skin or eyes and is really cost effective however the problem that I have been toying with is that according to PETA they are not cruelty free and test on animals... so does pretty much every other major make up brand on the market... according to most Avon reps they do not and some say they are not sure so I decided to start looking at something else since I was coming to the end of my current mascara/ eyeliner and foundation.

In my research I found 2 make up brands that I was keen to try; the one a bit more expensive the other really cheap...the problem I had was that when I see cheap and make up in the same sentence I tend to think its not going to end well but after doing some more research and watching a fair amount of reviews I decided to test the waters and try out the essence range which is available from red square.

To say I was impressed is putting it mildly, I usually spend about 150 on my foundation and in the end I walked out of the store with: 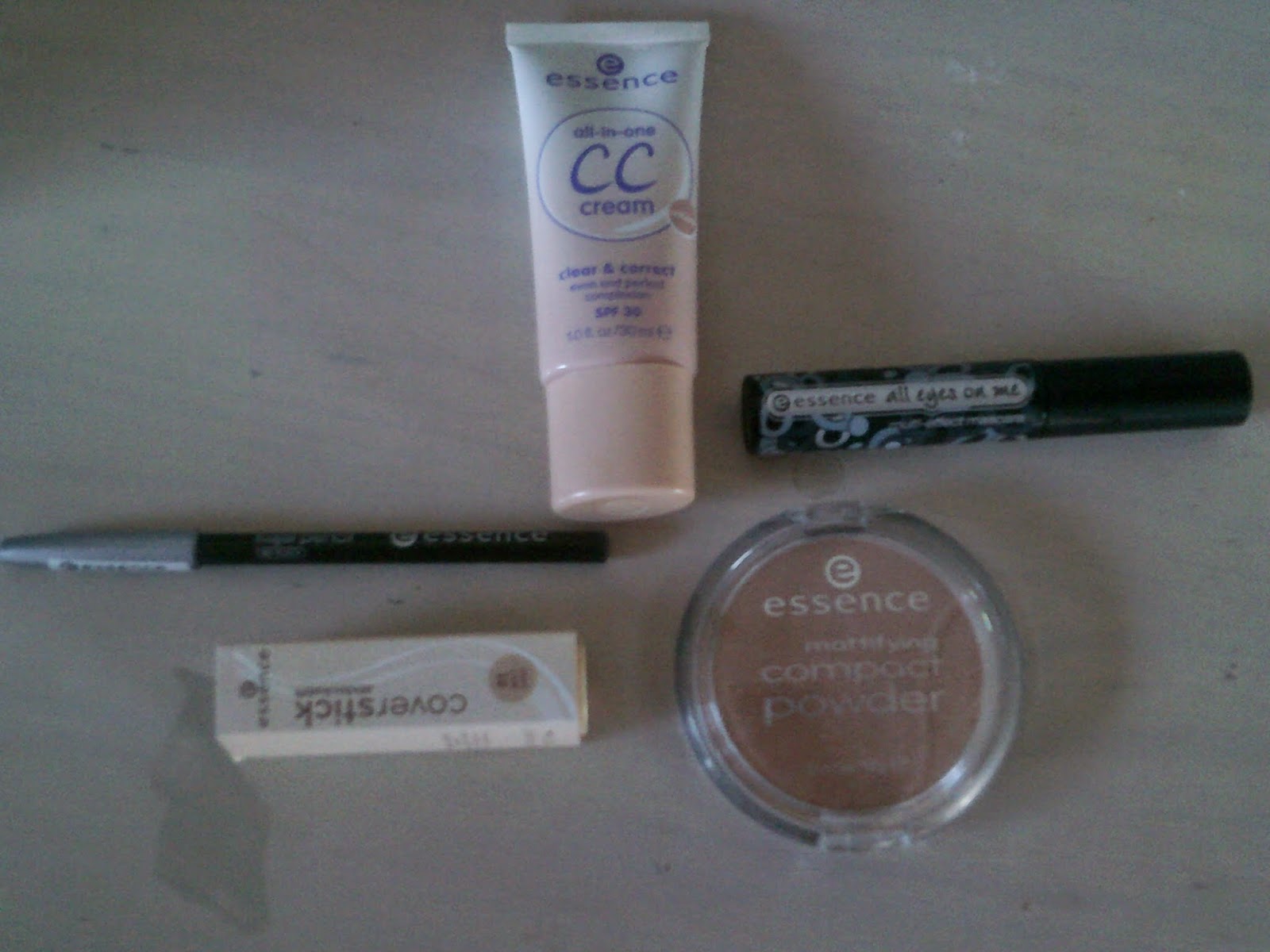 My first impression of the range when I went into the store was that the range was really extensive however I would caution anyone interested in the brand to swatch the colours on your skin as they do not follow the regular lightest to darkest colour range as is usually done, they tend to have a few that go with the yellow undertones and a few with pink.

The actual packaging to me was what I liked least it looked a bit juvenile however I had read online that this is due to the company putting more money into the actual product and less into the packaging also saving the customer money and to be honest if the product is great and cheap then pfft never mind the packaging.

While swatching I have to say the products felt really soft and lovely on my skin so I couldn't wait to try them out especially after paying what I did, honestly I have never held much in make up I tend to wear the basics, I hate feeling like I am wearing make up and am always in a rush so don't usually bother with too many items.

But anyhoo so I tried everything out this morning and here are my thoughts...

First off is the concealer which I used under my eyes, on my chin and on my nose, I was in two minds about the concealer because most sticks I have used tend to come out really orange on my skin... pale girl problems i can never get a good match but low and behold this one did, and it blended really easily and well, it did get rid of the dark areas completely but covered them almost 100 percent.

I then used the CC cream, I like a CC cream mainly because it gives better coverage than a BB cream but is not as heavy as a foundation it also corrects any colour issues you have on your face.  This cream goes on so smoothly and it hardly feels like you are wearing anything at all it also completely covered the last of my emerging shadows... yay

The matifying powder was also really soft, I think the colour may be slightly more bronze than I was hoping for but I may just end up using it as a bronzing powder, I don't tend to have oily skin I do however get some oily patches every now and then so this kept my skin smooth and dry all day.

The eyeliner was my 2nd thing I was in two minds about as it was a pencil and I generally prefer the gel stick but they only had the liquid and the pencil so I went with the pencil and was pleasantly surprised it went on smooth and dark which is awesome however my one qualm with it was that when I removed my make up it wouldn't come off, I washed my face at least 3 times before it faded to a slight line... great long wear but when I want my make up off I want it off... I would still say this is a hit though given the long wear staying factor and how it feels and looks on my eyes.

Lastly the mascara is AMAZING it made my lashes dark thick and long, seriously I haven't even got such a dramatic effect from higher end cosmetics so I was again very impressed and it did not effect my eyes at all.

Overall I am very happy and will definitely be investing in these products from now on, its a German brand, cruelty free and almost all of their products are vegan friendly for anyone who wants a vegan product.
Posted by CrazyMommaofThree at 12:11