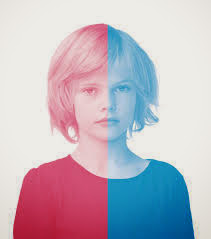 Last week I asked my middle monkey Gabriel what it is he wants for his birthday and his reply was something something and a dolly house with a dolly.

Now I have absolutely no issue with this my brother played with my dolls as a child and I don’t see any reason that a boy cannot play with a doll if girls can play with trucks and cars.

So I said ok my boy and we carried on. Yesterday we went to my parents for supper and he was asked again Gabriel what do you want for your birthday he replied with the same thing and the reaction he got was shocking to say the least; from my brother who as I said played with my dolls saying oh you have a moffie in the making if you do that to his girlfriend basically saying the same thing and my dad going oh no Gabi you don’t want girls stuff you want trucks and cars.


I was extremely shocked and disappointed in this response, first of all because this was said in front of both my older boys which means Gabriel heard and understood that he was wrong in asking for what he asked for and that he has disappointed his family in asking for it, it has also led to my older son telling Gabriel at every chance he gets that he must be a girl because he wants girl things and that everyone is going to tease him for wanting girl things. Thus all this has done is encourage shame and hurt in Gabriel and encourage teasing and hurt from my eldest.

Second off, please explain to me what is so wrong with a boy wanting to play with a doll, why not what is so absolutely wrong about a boy showing a nurturing and caring side.

I for one certainly don’t believe it affects a child’s sexual orientation and even if it did so what, there is nothing wrong with being gay and I most certainly would not love my children any less if they are.

People are so stuck up with gender definition and gender roles it is sickening; woman can become engineers, truck drivers wear pants and go places in the work force they have never been able to before it is awesome…. But men cannot do the same- as soon as a boy or man shows any interest in fashion, décor or even the colour pink they are immediately labelled as a moffie or gay.

I frikken hate that word not dislike HATE, it is derogatory and just downright insulting and disgusting; I want my children to grow up with an acceptance and tolerance for everyone all races, gender differences, cultures and religious beliefs, this is who I am and this is what I want for my children- I know it may make a few people scoff and say that’s not possible, but it is, it is possible to have an open mind and accept others for who they are even if in your mind it is not something you agree with.

If my son wants to play with a doll more power to him, I will get him a dam doll because it’s what will make him happy and my opinion will make him a more gentle and nurturing man and father one day, my eldest liked to parade around in my shoes when he was 2 I distinctly remember my brother doing the same thing its normal and healthy for boys and girls to play out gender roles and role play adult life that they see around them.

I will add that Gabriel also showed interest in a kitchen set as they have one set up in his school class which he loved, but no one had an issue with that because a chef is a manly role….pfft is all I have to say to that, I am really saddened by the reaction he received and hope that he knows and understands that there is absolutely nothing wrong with him or what he asked for, I look forward to getting him that doll and can’t wait to see his face light up when he gets it.
Oh and one last thing please explain what is the difference between a doll and an action figure?!!!!
Posted by CrazyMommaofThree at 00:19