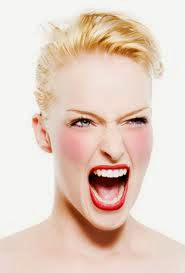 So I’m going to vent a little this morning and air so dirty laundry but I really don't care right now, in my last vlog I mentioned an issue I was having with my ex since he got married, I wasn’t going to get into it but you know what I have at the end of my patience level and I need to vent out to somebody or on something besides my hubby and our psychologist.


So my kids came home the weekend before last and all of a sudden my boys were referring to their step mother as mommy.... bearing in mind that my ex had just married the week before so I asked them why the change and my son responded with because daddy says they are married now and it’s what we must call her if we don’t she doesn’t listen to us and ignores us….. Too say I was angry does not even begin to describe how I felt- How the hell do you emotionally blackmail a child or children like that!!!!!!!!!!!!!

So I calmed down and thought things through, which is new for me as I am prone to acting in an emotional rage but I calmed and then sent my ex a message as my eldest has told fibs before so I thought ok let’s give him and her the benefit of the doubt surely someone can not be that cruel and inconsiderate…. but guess what my ex confirmed it why because they are married now and it is what SHE is more comfortable with it is what SHE wants!!!!!!!!!!!!!! Oh and he hopes I understand?

NO I frikken well do not understand as the boys don’t want to call her that 1st off 2nd off I don’t give a rats behind whether you are married or not the only reason you are in my boys lives is because you are with their father if you weren’t you would be a stranger on the street you are not their mother and never will be their mother!!!!!!!!!!!!!!!! Yes this is mean and I apologize to all the great step moms out there because there are amazing step moms in the world, some of my friends make that list they are so respectful of both their step child and their mother/ father!

I am honestly sorry that you don’t have a baby or child of your own and may not be able to have one truly I am because every woman should be able to experience that joy but it not my fault or my children’s and it doesn’t give you the right to disrespect me or my children that way, showing me disrespect is one thing I know we have issues but disrespecting and forcing my children to do something that should come naturally with time just PEEVES me off.

If it were the boys choice if it came naturally it would hurt but I would accept it because it is up to them- my husband and I have been married for 2 years now and we have always said to the boys that is up to them to decide if and when they would like to call him anything other than uncle, there have been times when they have called him daddy but we have never forced the issue or brought it up further than that with the boys- I feel extremely strongly about this being something that children should come to in their own time and honestly if they call my husband uncle for the rest of their life that would be their choice.

That aside what really and truly bugs me is I know that they are just trying to get back at me for trying to change the visitation schedule it was clear yesterday when I went to go fetch the boys and I told them to go say goodbye to aunty…, my ex replied no go say goodbye to mommy…, have to say I lost my cool.
What I honestly wanted to say to my ex was the following:

Remember when you two broke up she went on the ships and there was some sort of falling out and you broke up- who was the only one you could turn to the only one who listened to your sob story and told you it would be ok that she would come around and not to give up… ME, who time and time again the times that you moaned about being the only one with a job etc told you how hard it is to find a job and that she would find one and it would be ok…. ME The times that you have needed help when you needed a lift to the gas station because of a flat tyre or when you needed a lift to court etc who gave you the help…. ME, I even pulled over on the way to work one day to help you because you had a breakdown and were stuck it didn’t matter that I was then late for work etc, when you have had special occasions and wanted more time with the boys or needed me to take the boys early I have said no problem- even on your dam wedding day when your hairdresser didn’t show up I called and got the name of a place where you could go at the last minute and also went and fetched shirts for the boys because you needed them for YOUR wedding!!!!!

Through the times you have disrespected me in front of our boys and your wife as well, when the crèche has recorded you disrespecting me to the teachers and in front of our children, through being told that your girlfriend is flicking my children on the mouth when they tell a fib which is part of why I wanted to have the visitation schedule changed that and I was trying to not have our child kicked out of school because several psychologists and doctors all expressed concern that our visitation schedule and your discipline techniques were what was causing his aggression and him to act out as there was no stability etc, I didn’t do it to hurt you or your wife I didn’t do it because I hate you or I feel you are a crap parent I did it because it is what I felt was in the best interest of OUR children, and after the social worker came back to me saying that you had agreed to change the situation and he felt that the kids were fine in your care I thought ok the new medication has helped and you have agreed to change etc so I agreed to keep the schedule as it is after 4 years of me feeling like the worst parent for parting with my children every 2nd week for your sake because you have a right as their father.

Even after all of this what do I get a dam well slap in the face every time and I am so so tired of it, I am tired of the disrespect and you just ignoring what I have to say because your wife who has no children of her own clearly knows everything and to her face she can do no wrong but you are perfectly happy to vent behind her back, not to mention I have had at least 4 woman we know approach me about flirtatious messages and making them feel uncomfortable when your then girlfriend was away or not home, I’ve had crèche teachers tells me how uncomfortable you make them in the way you talk to them when she is not around!!!!!!!

I am sick to death of it and I don't want to do it anymore and the worst of it is that you are my children’s father I cannot escape or change that and I did love you once so I do want to help, I can’t help it and my husband is probably the most understanding man ever, when all I have wanted to do is push you in front of a car so to speak the times you have treated him like crap and disrespected him he has stayed calm and tried to help he has never interfered or told you how to be a father or what is best for the boys he has respected you as their father and as a parent time and time again!!!

My only consolation is that one day the boys will understand one day they will have the voice to make their own decisions to tell you how they feel or what they won’t and of course they know I am their mother not her, they know that I am the one who is there for them every day from the day they were born I have done everything to give them everything and more and that no one will ever have the bond that we have!

Vent over... I apologize if I offended anyone in this post it is not my intention I understand that being the new wife or girlfriend in a relationship where there are children is not easy and it is a big responsibility I respect that as long as the woman has the respect for the other parent and does not intervene and interfere or undermine the other parent especially when they have no children of their own, I have so much respect for my friends who are step moms/ dads they are amazing with their step children and with the other parents that is how it should be we do have to like each other or to be friends but I am just so tired of being treated like garbage!
Posted by CrazyMommaofThree at 02:44