bumps in the road

Yesterday I just couldn’t bring any thoughts together to put together a piece, so many people I know and care about are going through a very hard time at the moment and knowing this I just spent the day in a very blasais and meh mood, I am generally very sensitive to peoples moods and emotions on the lines of an empath and it can become very difficult at times it builds up and I just cannot comprehend why such amazing people have to endure such hardship- why mothers are separated from their children, why people are cast aside by the people they give their hearts to or how family can turn on family without so much as a hint of consideration for the hurt or pain they are causing.


I know that what doesn’t kill us makes us stronger I know that we all for the most part come out on the other side better because of the bumps in the road but there are times when it really becomes difficult to see the pot of gold at the end of the rainbow or to make lemonade out of the lemons life throws our way. 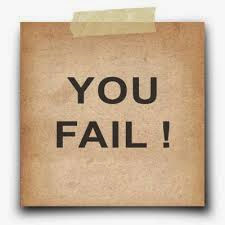 So at the moment I am feeling very angry at the world and for everyone I know who is going through a time of strain and difficulty, I want to cry for them scream for them. Some of these people have no family to rely on some people have family and friends but they just don’t understand or want to understand what the person is going through.

I don’t even want to read any news stories in general at the moment because it is all just a horrendous ball of pain, people don’t care about themselves never mind other people. I was sent a link regarding a mother who abused her 4 year old to the point of death because she said he was gay she just knew it because of the way he spoke and acted WTF, it made me physically ill to my stomach I cannot for the life of me understand how a person if you can call her that could carry a child for 9 months, give life to that child who didn’t choose to come into the world and cannot fend for themselves and then cause them harm, even more so was the fact that she thought she was doing right by her son that being homosexual is wrong and that she needed to beat it out of him.
If there was a proper justice system in place where your punishment was judged befitting to your crime that woman would die a very slow and agonising death like her child did sadly the justice systems of the world are severely lacking and she will probably get off with a few years, in many of these cases I can understand why the community would want to take these situations into their own hands and deal with the person themselves.

With regards to sexual orientation I know of several people who have been cast out of their families or pushed aside by friends and loved ones and their churches because they are gay, it is not a choice it is not something that can be helped and there is nothing wrong with it, it is not a crime to love another person no matter their gender race, culture or circumstances.

I watched a documentary last week on sexual abuse in the catholic church now please explain to me how this is swept under the rug and sort of petted because at least its between a man and a woman or should I say male and female because a child is not a woman or a man but being gay is wrong, argh it actually just makes my blood boil. 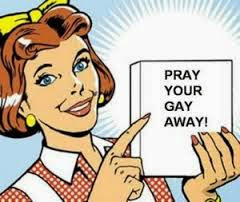 I have strayed way off my original train of thought, my head is very much all over the place at the moment and lack of sleep does nothing to help keep everything in check so please forgive the rambling and thought hopping.

I don’t wish that we lived in a perfect world because that I believe is not healthy or possible but I do wish that people had a bit more empathy and loyalty to each other, or that there was a quick fix to the emotional pain you feel but there isn’t for many years I used a not so healthy outlet for keeping my feelings and emotions in check, instead of letting it out or telling people how I felt or asking for help I used to destructively take it out on myself, there are still good days and bad days but my husband has been the best support system I could ask for and it has helped me move forward and express anger hurt and pain in much healthier ways, I only wish everyone had that because they all need and deserve it. 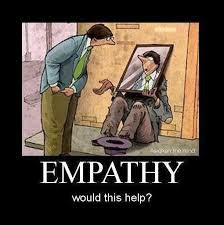 I know it probably doesn’t help much but I am so sorry for all you have to go through, its times like these that make one realise the many blessings you have to be grateful for- a roof over your head, health, safety and a good support system are all things we take for granted at some point or another until something happens and then we cling to it for dire life, I wish there was more I could do as a friend for each and every one of you but all I can offer is words of comfort and a shoulder as well as a guarantee that even though it feels like it you are not alone and things will get better, they say time heals old wounds that may be true but the scar it leaves behind is always there as a reminder but take it as a reminder of strength not weakness, wear these scars with pride not shame because they have only helped you move forward, hindsight is 20/20 and we dont always see the reasons for the bumps in the road until the ride is over.
Posted by CrazyMommaofThree at 00:21