The above are some of the many symptoms I have experienced for the better part of half of my life… sounds ridiculous right!?  I thought so too until I started on a gluten free diet (as much as I can because gluten is sneaky devil that hides in things you would never think to look for it) and the majority of my pain and symptoms subsided.

I still have days where I experience a flare up, most of those days I cannot even be sure of what I ate that has caused the flare up (gluten you sneaky thing) but it has been incredibly eye opening to realize that your body can indeed attack itself in an attempt to fight something that it feels doesn’t feel belongs.

So when I ingest gluten it triggers an immune response within my body which causes inflammation and damage to my small intestine ie this is an auto immune disorder and something I will live with for the rest of my life… which is scary this is more than just a diet change or something I can just push off when I feel like a slice of cake (er my gosh I miss cake), it was a huge emotional and mental blow to work through after having an issue with food almost my whole life to make this about my health and not go onto the track of an eating disorder again because as I explained in my previous post it is incredibly easy to use a dietary change as an excuse or to cover up disordered eating.

In basic terms my body has a severe allergic type reaction to gluten, I also have a dairy intolerance which is a whole different ball game; I can and do eat dairy made products- few and far between but it does happen and when I do this I am left gassy, uncomfortable bloated and uncomfortable to say pain would be pushing it but the symptoms usually subside within a 12 hour period and are manageable whereas my symptoms to gluten consumption can vary in the degree of pain but it can get to an excruciating point and the symptoms can last for days and affect so many processes within my body it is honestly not something I would wish on my worst enemy and I have known people have been hospitalized because of it.

When I was at my lowest point last year literally in pain 24/7 I just didn’t know what to do anymore I was absolutely miserable and after several doctors’ visits and a diagnosis of IBS, Dairy intolerance and an ulcer- nothing was helping and I knew that there had to be something else.  I know it’s not good to google ones symptoms but when I did I found something that ticked all the boxes and the solution was a gluten free diet, I literally had nothing else to lose so I gave it a go, it took a while but I got to the point where I felt so much better mentally, physically and emotionally, when I look at the symptoms listed above it actually was a huge shock for me to see things such as recurrent miscarriage, loss of feeling and tingles in the feet and hands, the iron deficiency and the dermatitis I just couldn’t believe that those were or could be linked to something like gluten it just seemed outrageous to me and yet here I stand feeling like a completely new person actually living my life instead of just pushing through it.

For a while I was incredibly angry that none of the doctors picked up or suggested this diagnosis but I realize that often when I went to the doctor I would not mention all of the symptoms as I did not feel they related to one another I also didn’t want the doctors to think I was just a hypochondriac and wasting their time because to have all of these symptoms all at once just seems a bit extreme so in essence it was as much my own fault, it is actually estimated that 83% of people with Celiacs Disease go un-diagnosed or misdiagnosed for on average up to 10 years after symptoms are first medically reported.

The disease can affect both woman and men of all ages and races and the only known curative measure is a strict gluten free diet.

Celiac disease can lead to a number of other disorders including infertility, reduced bone density, neurological disorders, some cancers, and other autoimmune diseases.
5-22% of people with celiac disease have an immediate family member (first degree relative) who also has celiac disease.

A diagnosis can be made with a blood test however you will be required to eat gluten products before this test is done, it is also not the cheapest test so if you suspect that you may have celiacs I would suggest not only doing further research but also try cutting gluten and see if it makes a difference it may not make an immediate difference as the intestinal tract is damaged but with time if it is what you have you will be able to feel a difference and could then justify taking it further if you were unsure.

I think if I have learned anything it is to never judge someone who says they are ill but may not show outwardly visible symptoms, I have also learned to trust my gut (literally and figuratively) when it comes to my body and that as silly as one may think it is rather go to a doctor or speak up than suffer in silence.

Advances in medicine are made everyday and maybe there will come a day in the future where I will not have to worry about what I am eating and where it has come from ingredients wise. I will say I have tried some amazing gluten free products and there are some really tasty treats available out there if you look such as Downies & Brownies OMW THE best gluten free brownies you will ever taste, checkers, pick n pay and Spar also have a good selection when it comes to gluten free bread, wraps and alike you can also make your own which I have and it was yummy.

There are worse things and I am just incredibly grateful to have found a way forward, I think more awareness surrounding auto immune disorders/ diseases is something that needs to become more prevalent and available, I think it would help more people with their diagnosis and also help those around them understand what they are going through. 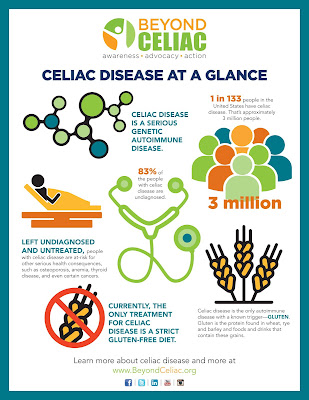