The best friendships begin when you least expect them! Experience the beginning of a new adventure, when Transformers returns with the sixth installment in the action packed movie series, Bumblebee coming to cinemas the 21st of December 2018.

This prequel to the original 2007 Transformers movie, is set in a small Californian town in 1987, and introduces Bumblebee the lovable, brave young Autobot scout who transforms into a rusty yellow 1967 Volkswagen Beetle. Behind the time-tested battle armour of Bumblebee is more than meets the eye.

In a tale filled with action and suspense, Bee is taken in by a teenage girl, Charlie Watson and when the two go on the run from a government agency known as sector 7, they learn that there are other Transformer’s already on earth but soon found out that not all are as friendly as they may seem.

To coincide with the movies release #Hasbro has released a new children's toy range that has left my kiddos jumping with excitement.

Using Sing-Back Tech, this dancing Bumblebee figure records kid's voices and plays back the soundbite in syn with one of three awesome music clips.

Control the mix, by moving Bee’s left arm to switch music and right arm to control the tempo.Comes pre-loaded with music clips Walk This Way, originally by Aerosmith, Bust A Move, originally by Young MC, and the Robots in Disguise theme song. Catch his groovy moves during playback and join him in the fun! 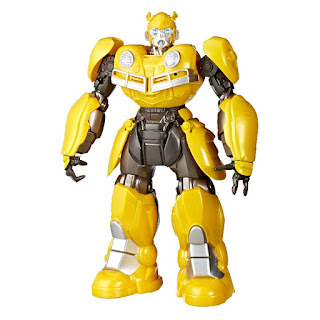 Within each Transformers robot rests a powerful core made of Energon, kids can imagine charging up that core and charging into battle! Give Bumblebee a boost in his robot mode to amp up lights and phrases. Then convert to classic yellow Volkswagen Beetle toy car mode in 17 steps and rev the car to hear awesome sound effects. Keep the Power Charge core revved up so Bee doesn’t power down. Activate the ultimate battle mode by lowering the figure’s battle mask to reveal the signature Stinger Sword. 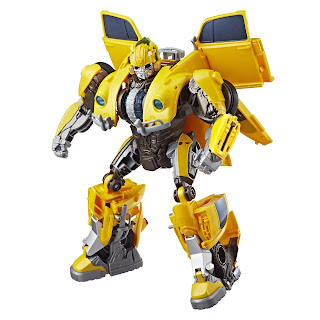 Join the buzz and captures the cool swagger of the loyal Autobot scout. Crank your favorite tunes with the built-in speakers that connect to devices via Bluetooth. Also features 25+ sounds and phrases inspired by Bumblebee. 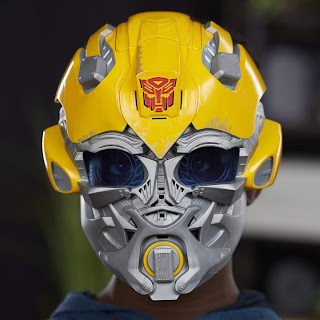 Bee Vision tech puts you inside a digital world where you AR The Hero. It’s an awesome, immersive augmented reality experience that lets kids see through the eyes of Bumblebee and harness his power like never before. Download the Bee Vision app, place a compatible phone inside the AR goggles, place AR markers around the play area, put on the AR mask, and get ready to see digital images that put the world of Bumblebee right in front of your eyes. Mind = Blown (product available in select stores only, phone not included).

A big thank you to Hasbro for sending us something special last week, my youngest absolutely loved his Bumblebee mask and the box which was stunning has been put to good creative use as well.  I am looking forward to seeing the movie with my family soon!