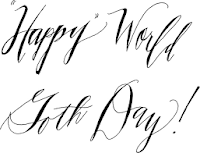 May 22nd was World Goth Day, it has been a few years since I have done anything to commemorate this day, although I don’t consider myself to be Goth, I have lived an alternative lifestyle for many years as my mom likes to say; don’t you have anything in your cupboard besides black…
Anyway as I have mentioned before I subscribe to a few YouTube channels and one of the ones I subscribe to is called Toxic Tears, this channel belongs to a Goth girl up in Ireland and I have really come to love her channel


For Goth day she chose to highlight the more serious side of an alternative lifestyle, personally I have been lucky in that while I have experienced lots of name calling and remarks (freak, devil worshiper and witch- so original) on my appearance combined with my belief system I am not all surprised as we live in mostly Christian area but it’s been ok I have been lucky and I don’t think I know of anyone who has been hurt or injured due to their alternative lifestyle.


However I know that there are many people out there of all ages who have not been so lucky and the scale of hate crimes in the world is escalating at an alarming rate whether race, culture, religion or sexual orientation based the amount of people who are a target of hate crime is appalling.

Toxic tears chose to highlight a specific story and I can honestly say I had not heard of Sophie Lancaster until she spoke of her which I think is terrible, I went to watch a few videos on her story afterwards and I could not stop the tears from flowing, her story is absolutely heart-breaking and the anger I and sadness I felt on behalf of her, her boyfriend and her family, I just cannot begin to explain it…

Basically Sophie (20) and her boyfriend Robert (21), were an alternative couple by all appearances- she had dreadlocks and piercings, he back combed his hair and wore make-up.

In short, the boys proceeded to beat Robert stomping on his head repeatedly, while this was going on Sophie sat cradling his head in her arms pleading for them to stop, they then turned their attention to her and proceeded to stomp and beat on her until her and her boyfriend both lay comatose in a pool of blood, they beat this couple so badly that the paramedics could not tell which one of them was male and which was female, and the pattern of the boys shoes was left imprinted on her face.

Two of the boys were given life sentences for her murder in 2008.

Hulme, from Landgate, Whitworth, was jailed for five years and 10 months after admitting causing grievous bodily harm with intent to Mr Maltby.

His brother Joseph, then aged 17, also of Landgate, and Daniel Mallett, also 17 at the time, of Rockcliffe Drive, Bacup, were also jailed after admitting the same offence.
Robert was able to pull through and survive the attack, unfortunately Sophie's injuries were too extreme and on August 24th her family made the decision to turn off her life support.

No mother, father, friend, partner should ever have to go through this NOONE, it is appalling it is intolerable and unacceptable and honestly if I were the judge I would have made sure those boys never saw the light of day again because that is honestly what they deserved, I don’t care if they were drunk high, I don’t care it is unacceptable and they as well as anyone else who feels the way they did need to understand this.

Sophie is gone, nothing will ever bring her back and no amount of Justice will ever do her memory service as will be the case with anyone who loses their life to a hate crime.

I appeal to everyone, be accepting of those around you who cares how they dress or what religion they follow it’s not your life or your choice to make, how would you feel if this happened to your child or your partner or friend, I know I say this so often but seriously so many of the worlds issues would be solved if people were just more tolerant and accepting of other peoples life choices, their choices are not yours to make and beauty is perception based therefore everyone is beautiful to someone so why share so much hate.

To anyone who celebrated or commemorated world goth Day I hope it was a day well spent and celebrated, to those who don’t and everyone in between please take the time to go and check out the Sophie Lancaster Foundation page, read more about her story and the foundations work, it really is a cause worth fighting for!

Email ThisBlogThis!Share to TwitterShare to FacebookShare to Pinterest
Labels: Causes