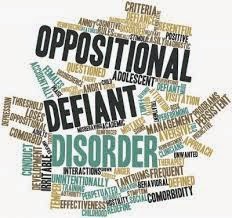 A week ago I posted an update regarding Gabriel and that he has been diagnosed with ODD now while I was both horrified and saddened by this diagnosis due to all the doom and gloom painted on the internet I decided to put together some information for those interested in knowing what it is and what it entails….

Baring in mind Gabriel’s main issues and the reasons why he was diagnosed is his defiance, his tantrums and his need to argue to go against anything he is told, in my opinion as he was diagnosed with ADHD and we somehow missed it I feel that it was because we did not start treating the ADHD it has led to him becoming ODD, i.e. he became frustrated in the new school environment where he is now expected to follow a routine and conform to the standard classroom that includes 30 other students etc. whereas before he had maybe 8 or so other children in his class and the environment was very Montessori like and relaxed, in most ways I blame us for this diagnosis I know we shouldn’t but it frustrates me that I could pick up that Loghan was ‘different’ from a very young age and yet we completely missed it with Gabriel because he is so different and because up until a year ago he was such a content child who demanded so little of our attention compared to his brother and now brothers…. That aside here is some information regarding Oppositional Defiancy Disorder.

ODD is a condition in which a child displays an on-going pattern of uncooperative, defiant, hostile, and annoying behaviour toward people in authority. The child's behavior often disrupts the child's normal daily activities, including activities within the family and at school.

Many children and teens with ODD also have other behavioural problems, such as ADHD, Mood Disorders (such as depression), and anxiety disorders. Some children with ODD if not treated go on to develop a more serious behavior disorder called conduct disorder, which is very serious and involves the malicious destruction of property and harm towards people or things.

Symptoms of ODD may include:
In addition, many children with ODD are moody, easily frustrated, and have a low self-esteem. 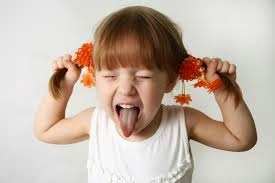 Gabriel fits a lot of the things on the list above however this has only been going on for the last few months since he started school so we summed it up to being an age thing ie the terrible twos but at 5 since he was so easy going formerly and seemed to skip that stage. He also has so many other things going on hence why they originally thought it may be Aspergers.

What Causes Oppositional Defiant Disorder?
The exact cause of ODD is not known, but it is believed that a combination of biological, genetic, and environmental factors may contribute to the condition.
Personally I feel that the difference in discipline measures and the way my ex and I run our households has made a big impact.
Gabriel is also ADHD as we now know so he has that factor as well as the fact that depression and ADHD are already in the family genes…. 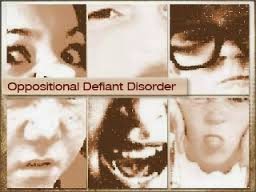 How Common Is Oppositional Defiant Disorder?

Estimates suggest that 2%-16% of children and teens have ODD. In younger children, ODD is more common in boys. In older children, it occurs about equally in boys and in girls. It typically begins by age 8.

How Is Oppositional Defiant Disorder Diagnosed?

As with adults, mental illnesses in children are diagnosed based on signs and symptoms that suggest a particular illness like ODD. If symptoms are present, the doctor will begin an evaluation by performing a complete medical history and physical exam. Although there are no lab tests to specifically diagnose ODD, the doctor may sometimes use tests such as neuroimaging studies or blood tests if they suspect that there may be a medical explanation for the behavior problems that occur. The doctor also will look for signs of other conditions that often occur along with ODD, such as ADHD and depression.
If the doctor cannot find a physical cause for the symptoms, he or she will likely refer the child to a child and adolescent psychiatrist or psycologist, mental health professionals who are specially trained to diagnose and treat mental illnesses in children and teens. Psychiatrists and psychologists use specially designed interview and assessment tools to evaluate a child for a mental illness. The doctor bases his or her diagnosis on reports of the child's symptoms and his or her observation of the child's attitude and behavior. The doctor often must rely on reports from the child's parents, teachers, and other adults because children often have trouble explaining their problems or understanding their symptoms.

We took Gabriel to see our psychologist who then observed him at school and crèche as well as at his rooms, with his pre diagnosis and his written report as well as the reports from teachers we then went to our psychiatrist who confirmed the diagnosis, this is not a short process, it takes time and money which is unfortunate but necessary, anyone who is willing to diagnose your child after seeing them once for half an hour should not be taken to heart. 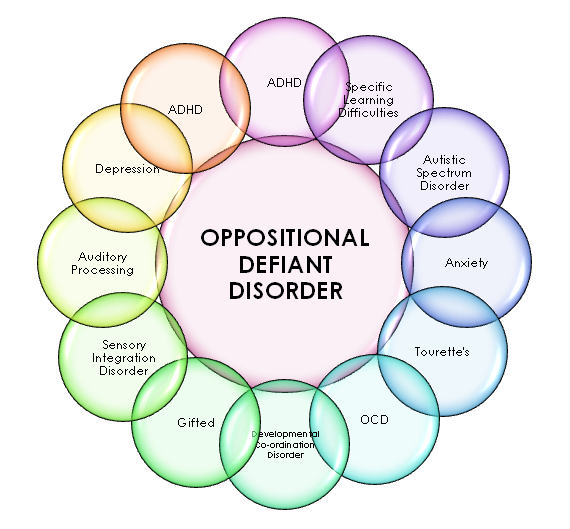 How Is Oppositional Defiant Disorder Treated?
Treatment for ODD is determined based on many factors, including the child's age, the severity of symptoms, and the child's ability to participate in and tolerate specific therapies. Treatment usually consists of a combination of the following:

Any child with any sort of disorder needs love and support constantly, this is not an easy road to travel but there are so many families out there going through the same things you are not alone and your child needs the love and support as well as your time to get through it and learn to live through their disorder, these kids are amazing they are not stupid or naughty it is very easy to label these kids trust me I go through it on a daily basis but anyone who actually knows my kids and our family will see all the love that they have and it’s the same with the majority of special needs families!
Posted by CrazyMommaofThree at 03:28