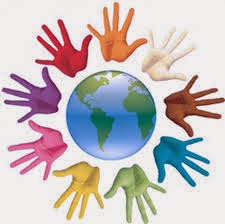 Yesterday we were visited by a group of local Jehovah Witnesses, now I was standing outside in my driveway and I saw them coming, I am Pagan and proudly so and usually I do not have an issue talking to people of other religions I think religious ‘debates’ for lack of a better word are not only interesting but healthy for encouraging religious tolerance in others, however yesterday I was not only not in the mood but I was in the middle of something and these ladies could clearly see that because they said that they could see that I am busy but…..

I let them finish and then politely remarked thank you but I am not Christian, oh really I am interested to know what your beliefs are so I said I am Pagan oh really and were you ever Christian I said yes I was Christian for many years and what made me change … I started asking questions that couldn’t be answered in a manner I felt was encouraging etc. they carried on I stated three times that I would appreciate if the moved along in way better words I apologised eventually after 3 or 4 times they said thank you and moved on.

I will say again I do not have a problem with religious debate or sharing I encourage it however what grates me is when someone asks you to leave the subject alone and they carry on about it.

Personally I do not believe that any religious belief is wrong or right, in my belief there are many gods and therefore every god exists and is just part of a pantheon of gods whether individually worshiped or separate they all exist and no one is right or wrong therefore I do believe that the Christian god exists I just don’t worship him A and B I feel that being as the bible would term it a jealous god he prefers to be worshiped as a secular being.

Religion causes so much intolerance and war and I cannot for the life of me understand why when in essence you all worship the same things, Catholics, Jews, Muslims you all worship one god, in different ways yes but in essence all one god, with the non-book religions there tends to be a group of gods and I do find that these groups tend to be more religiously open minded and tolerant of those around them- this does not go for everyone or any specific religious belief I just hate that religion causes so much pain in the world, if we all just focused on our own life our own belief and less on the conversion of others the world I feel would be a much better off ad there is nothing wrong with sharing your stories sharing your beliefs but if someone says back off then do so.

My son attends a Christian based school at one stage I was very upset when my son came home and told me I was going to hell if I did not believe in God, it was from the mouth of another child and it alarmed me to think that my child could feel that way when I have raised him to religiously open and accepting of all beliefs, I explained to him that we all have different beliefs and that no one was wrong etc but he was adamant that what this child was saying was right it alarmed me that this child was clearly hearing this from an adult in his life and this is what breeds hate, we as adults breed hate not the children and it is our job as parents to mould our children so that even if they believe that they are the secular correct religion that they do not turn around and treat those of different beliefs terribly. 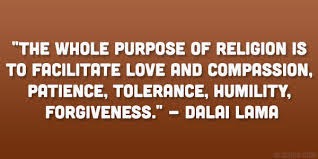 Both my 2 eldest attend that Christian school now and so what I was brought up Christian by an atheist mother and a Christian father, I attended church every Sunday and youth groups on Fridays I even attended the 7th day Adventist church at one stage, I have visited a mosque and an Indian temple which were both just the most beautiful experiences, my ex went through a stage of Satanism and is now atheist and I have friends from Jehovah witnesses, to Jewish to Muslim, Hindu, atheist, Buddhist and Christian and I love all of them dearly, my family is mainly Christian and I love them dearly and for the most part they have learnt to leave me alone, like my mom said to me at 17 “ my girl I don’t care if you worship a cow as long as you don’t get hurt or cause harm to anyone else”.

Whatever belief my children feel I have the same sentiments, my kids are raised non religiously with an open mind but at this stage I would say that Loghan in particular is Christian which is normal for a child to follow their peers and I have no issue with that, Christianity as a principle is based on sound morals it is the person themselves that twists and turns it to suit themselves, my children are not stupid and it is not up to me to choose this path for them but for them to find their own way, I will answer any questions and if they want to they are welcome to attend a church with a family member or I can take them to visit any other religious institution or place of worship, I have attended church services for friends while being Pagan and I have also visited a Catholic church as well, the catholic church in particular resonates with me very strongly as a pagan and I love to visit them for their gothic architecture and beauty some of their rituals and ways still being very much Pagan rooted. 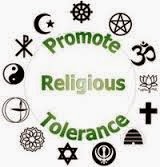 In any case what I am getting at in the end is that we as adults and as parents need to be the guide for the future we cannot expect tolerance in the world in any aspect if we are not tolerant in these aspects ourselves I know in certain aspects I can get very passionate and I know when It comes to something like vaccinations in particular I can get very heated I feel I am justified in that debate but that too is wrong on my part; if someone does not wish to vaccinate it is their choice by law they have that right but it is also my right to then feel that I would not want my baby to be around your child once my children are fully vaccinated I have no issue but while my child is unable to fend for themselves then that is my choice.

I have decided to rather just leave it recently I got into a very heated debate on a site and ended up being verbally messaged in a not so nice manner oh well lady you are the one with the bad attitude not me you are the one who makes a rule that goes for everyone else but yourself or for people who selectively share the same views as yourself, I am not the only person who has picked this up but you know what that’s your issue and if you cannot see that then no one can force you to see it. 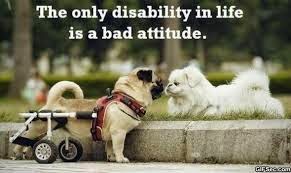 Anyhow that’s all for this morning, hope everyone is having a lovely February, mine is going really well- Loghan is doing superbly at school, Jesse is doing so well after his surgery he is a totally changed child he sleeps well eats well and in general is so much happier which has helped us so much as parents because we are actually sleeping better and not all stressed out all the time.

Gabriel is acting out a bit but I am looking into attending a parenting course to better understand what he is going through as the middle child and also at his age I think as a parent it is my job to help him and I can only do that by trying to better myself as a parent.

I love my boys so incredibly much and cannot stress enough how incredibly blessed I am in this life.
Posted by CrazyMommaofThree at 23:15

Email ThisBlogThis!Share to TwitterShare to FacebookShare to Pinterest
Labels: Religion