I was really disgusted and dissapointed yesterday when whilst on my way home from work one of the 5fm dj's brought up the topic of breastfeeding in public.

Now I have mentioned this previously in a blog how when I was younger I used to think it was pretty nasty and that woman must rather cover up but since having children of my own and since successfully breastfeeding for over a year now my views on nursing in public have drastically changed.


First off I would like to point out that Breastfeeding is a natural thing it is what nature intended breasts for not to be oogled over by men or to be used as sexual objects but to feed your offspring.

It is just laughable that you can walk into a shopping center and not only see campaign posters splashed around of woman in lingerie with their breasts and bodies exposed but let a woman dare nurse in public and the whole world comes crashing down. 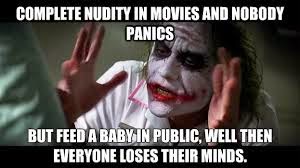 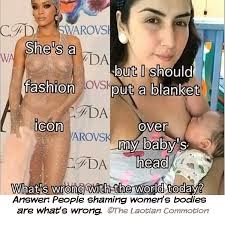 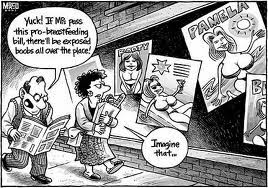 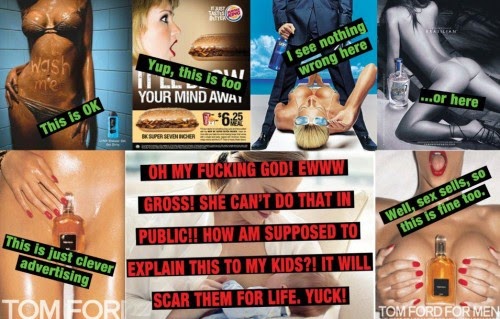 Woman's bodies are beautiful and there is nothing wrong with them being admired however you cannot say that is o.k but then something that is natural is wrong.

Second off I would like to point out that nursing in public isn't fun- people stare people pass judgement and  I'm sure most woman would prefer to be at home feeding their child in comfort without the judgement of ignorant a holes, you say that a woman should cover up- personally I am one of those woman that do because personally I feel more comfortable that way, however my son not only tries to pull the cover off every 2 seconds which means that I remain stressed and harassed for the 20 minutes he feeds for but he also gets terribly hot and uncomfortable especially with our hot SA weather.

People say well then go to a mom and baby room; have any of you who say that actually attempted to visit a baby room, because if you did you would not suggest it- I have been to at least 10 different malls and only 1 had a decent feeding room you heard me 1!!!!!!!

The rest were tiny dark and hardly a comfortable place to change your child in let alone feed your child in,  there was even one where I had to sit on the cold filthy floor on an extra blanket against the door because it had no lock and had to put up with someone trying to barge in every 2 minutes, the other option is to feed your child in a bathroom a stinky often filthy and germ ridden public bathroom o.k then well how about next time you go eat your lunch in a bathroom or how about you cover your head with a sheet since its you who has the issue, we raise our children with the whole don't take food into a bathroom rule but we want women to take newborns into them to feed.

Well then stay at home you say- why, why should I or any other breastfeeding mom stay at home and keep holed away just because I choose to breastfeed my child besides that women have things to do as well, we may have other children we may have partners who work or maybe we just want to get out of the house for an hour we are human we have rights and that includes the right to go out when we want to and to feed our child in the fashion in which we choose, yes there are breast pumps and bottles available but not all babies will take a bottle trust me I tried in vain for 5 months until eventually my son took a bottle but only from someone other than me- we spent hundreds of rands on different bottles and teats he just refused and this is often the case with breastfeed babies, that aside have you seen the price of a decent breast pump and not all woman can get enough milk out when using a breast pump as it doesn't encourage a proper let down with all woman.

At the end of the day being a parent is hard enough and breastfeeding is no easy feat but for a lot of woman especially given the cost of formula it is the only option- I have both formula and breast feed my babies so I know what it is like to do both and I speak from experience when I say encouragement and support is a major priority when it comes to a successful feeding journey so you hear on a public radio station that it is disgusting and this and that was not only down right disrespectful to all breastfeeding woman but woman in general.

This article may or may not make a difference but I just feel that you need to be more mindful about who is listening to your radio station and what you say- you are often very controversial which is fine but blatantly offensive is another story.
Posted by CrazyMommaofThree at 23:22